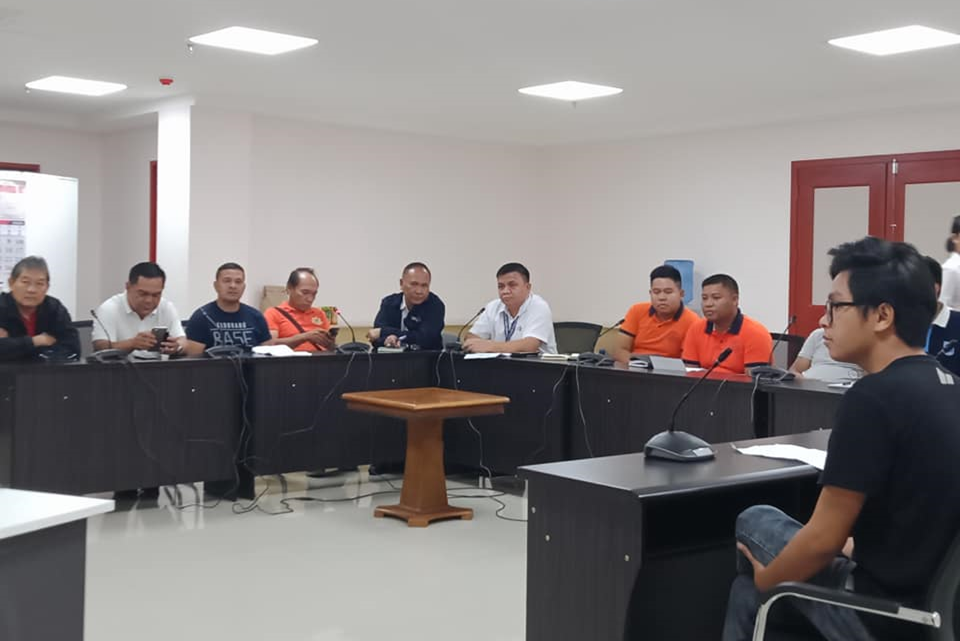 Patience is running low in some members of the Bohol Provincial Board as Ocean Jet Fast Ferries, Inc., the leading fastcraft firm connecting the province to neighboring islands, continued to defy persistent reminders from PB members to improve its service.

Board Member (BM) Ricky Masamayor, in a joint committee hearing between the PB’s Committees on Tourism and Public Utilities on Wednesday, threatened to file a resolution urging the Maritime Industry Authority (Marina) to withdraw Ocean Jet’s franchise to operate in Bohol if the shipping company fails to improve its ticketing and booking processes.

Masamayor noted that it was the fourth time that the PB summoned Ocean Jet for its failure to provide online booking and a smoother ticketing process. It has been noted that passengers of the fastcraft need to fall in line in at least three queues to purchase the ticket, get the seat number and pay for the terminal fee.

The PB has repeatedly called on Ocean Jet to integrate the passenger terminal fee into the cost of the fastcraft ticket which other shipping firms have already implemented.

However, Masamayor later during the hearing toned down his statement as he suggested for the PB to pass a resolution urging Ocean Jet to “give convenience” to the public and address “all” of the Board’s requests within 60 days after the measure’s approval.

For his part, BM Romulo Cepedoza who chairs the PB’s Committee on Public Utilities also raised concern that some Ocean Jet vessels have no water in their lavatories, a problem which, Tabigue said, was already brought up to the firm’s human resource department.

Taibigue bore the brunt of the PB’s castigation of Ocean Jet, but said that he had no authority to directly order the implementation of the board members’ requests. He also admitted that the ticketing problem has been tackled during meetings with the PPA, but the shipping firm still failed to address the issue.

The lack of higher ranking Ocean Jet officials during the hearing also drew the ire of Masamayor.

Tabigue however explained that sea trips were cancelled due to rough seas earlier in the day barring Ocean Jet officials in Cebu from attending the hearing.

For his part, PPA Tagbilaran manager James Gantalao said that it was already agreed upon before that all shipping lines will have the terminal fee incorporated in their ticket fee. Ocean jet has failed to adopt the system in Bohol and also in Cebu, he added.

Ocean Jet has been at the center of the PB’s attention for its alleged lagging service while it offers the most number of trips, at 15 daily, from the province to various localities including Cebu City, Dumaguete City and Larena.