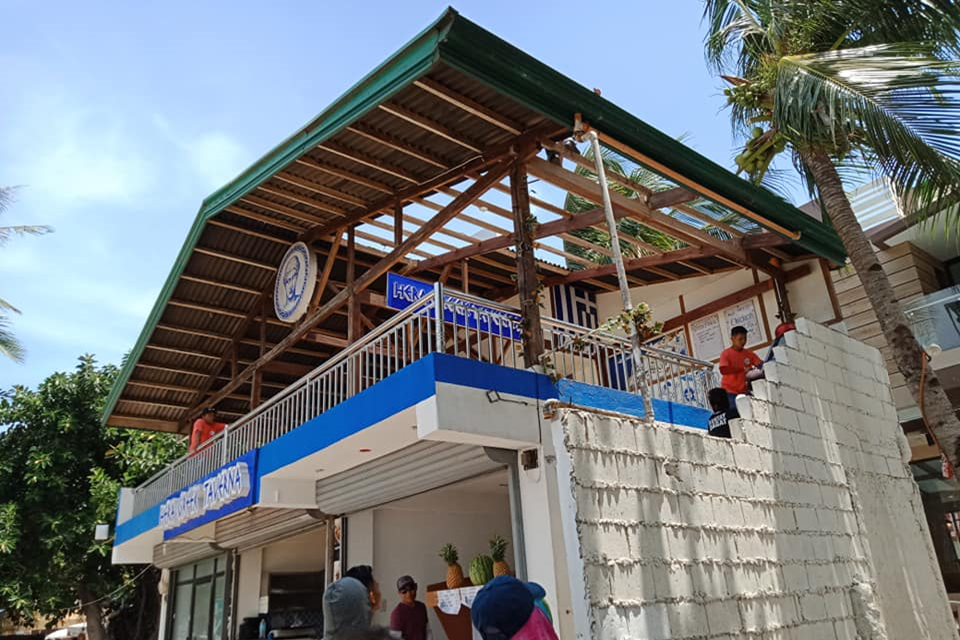 The Panglao local government unit (LGU) on Thursday morning started to forcibly demolish a two-story structure which allegedly encroached on the 20-meter easement zone along the kilometer-long shoreline of the world-famous Alona Beach in Panglao.

Bonao said that the building, which had a 120-square meter floor area, was erected more than three years ago. The structure, glaringly nearer to the shore than other establishments beside it, was reportedly issued a special permit by suspended Panglao Mayor Leonila Montero.

Demolition started at past 10 a.m., but Bonao said that they did not use heavy equipment for the operation as it would have been “overkill.”

According to acting Mayor Brian Velasco, owners of other establishments within the salvage zone earlier vowed to follow suit and demolish their illegal structures after the Greek Taverna is torn down.

Demolition of a building which violated the 20-meter easement policy along the world-famous Alona Beach in Panglao | http://www.boholchronicle.com.ph/

Posted by The Bohol Chronicle on Wednesday, August 7, 2019

Velasco called on the other owners to follow through with their commitment to carry out a voluntary demolition of their structures after they tear down the Hera Greek Taverna.

Meanwhile, the Panglao Police Station and the Provincial Mobile Force Company of the Bohol Provincial Police Office provided security during the demolition.

Velasco said that Montero facilitated the demolition prior to her suspension, in line with the order of DENR Secretary Roy Cimatu who inspected the Alona Beach and ordered the demolition of illegal structures within the easement zone in March last year.

Cimatu gave resort and other establishment owners six months to demolish the illegal structures. Some businesses complied with the directive, while others, like the Greek Taverna, refused to demolish their buildings. (RT)