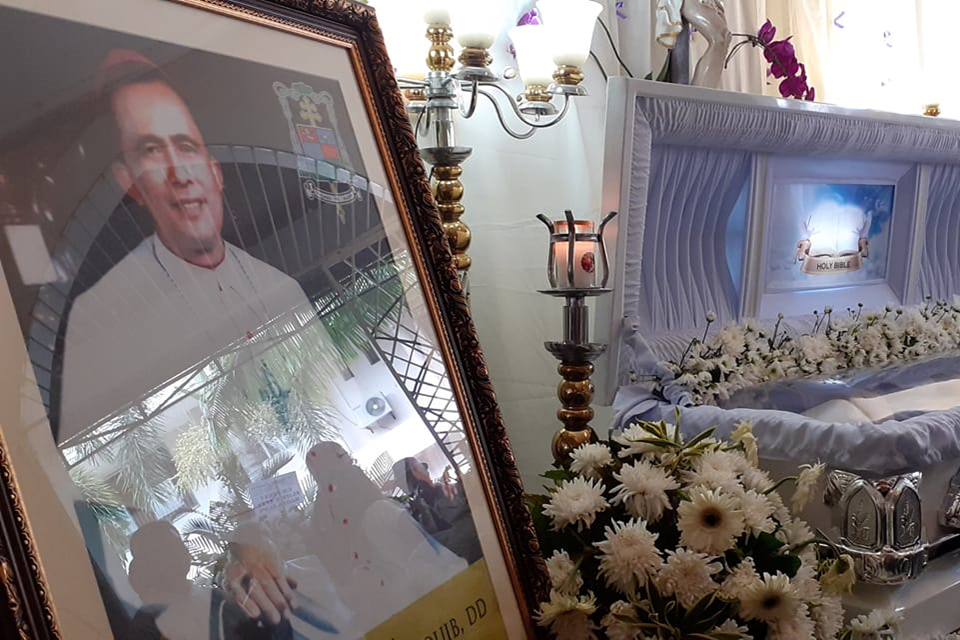 CAGAYAN DE ORO CITY –– Leaders of the Catholic Church paid tribute to the strong moral stance displayed by Boholano Archbishop Emeritus Jesus B. Tuquib during his 18-year reign as leader of the Catholic flock here.

Archbishop Antonio J. Ledesma, with five other Mindanao bishops, presided over interment rites for the 89-year-old former prelate who died last August 1 due to a lingering illness. He hails from Clarin, Bohol

Ledesma highlighted Tuquib’s legacy of successfully campaigning in 1993 to close a casino here, animated by his stance that the gambling operation will “gradually and surely destroy many of the positive and moral values“ of the Cagayan de Oro residents which then numbered around 300,000.

Ledesma said the late prelate instructed all parishes of the Archdiocese to bring people to the streets to pressure then-President Fidel Ramos to back down on the casino operation of the Philippine Amusements and Gaming Corp. (Pagcor).

The casino opened its doors on June 8, 1993, at the posh Pryce Hotel in Carmen Hill, which overlooks the city. However, it was marred by nightly pickets.

Priests carry the white coffin of Archbishop Jesus Tuquib for burial at the back of the Metropolitan Cathedral in Cagayan de Oro in Wednesday, August 7, 2019. Tuquib served for 18 years as archbishop in Cagayan de Oro and was the leading figure against government plans to set up a gambling casino here. His opposition was successful aand until today Cagayan de Oro is still a casino-free city. Photo by Froilan Gallardo

Monsignor Eutiquiano Legitimas, then Archdiocesan vicar general, recalled how more than 15,000 parishioners joined Tuquib and then-Mayor Pablo Magtajas, also a Boholano  in a protest march up Carmen Hill on June 15, 1993, to show the government that the casino was unwelcome.

The protest action was the biggest mass mobilization against the casino, opposition to which was dismissed by Pagcor as “mere noise.”

Legitimas said Tuquib later sent a letter to Ramos reminding him that Pagcor “should operate in areas where there is public acceptance.”

“While we recognize the benefits of casino-raised money to help civic and social projects, we too recognize that in Cagayan de Oro, there is a different and better way of raising this money,” Tuquib letter to Ramos read.

“We want to express in very strong terms our conviction that the spirit of restraint and dedication to honest work is still the fundamental dimension of human existence,” the letter further said.

“That was Tuquib’s legacy to Cagayan de Oro which until today has remained casino-free,” Ledesma emphasized.

In 2001, Tuquib again figured prominently in local protests to ramp up pressure on then-President Joseph Estrada to step down from office due to corruption.

Appointed on January 5, 1988, Tuquib was the first Filipino prelate of the Cagayan de Oro diocese since it was founded on January 20, 1933. When he retired on March 4, 2006, Ledesma took his place.