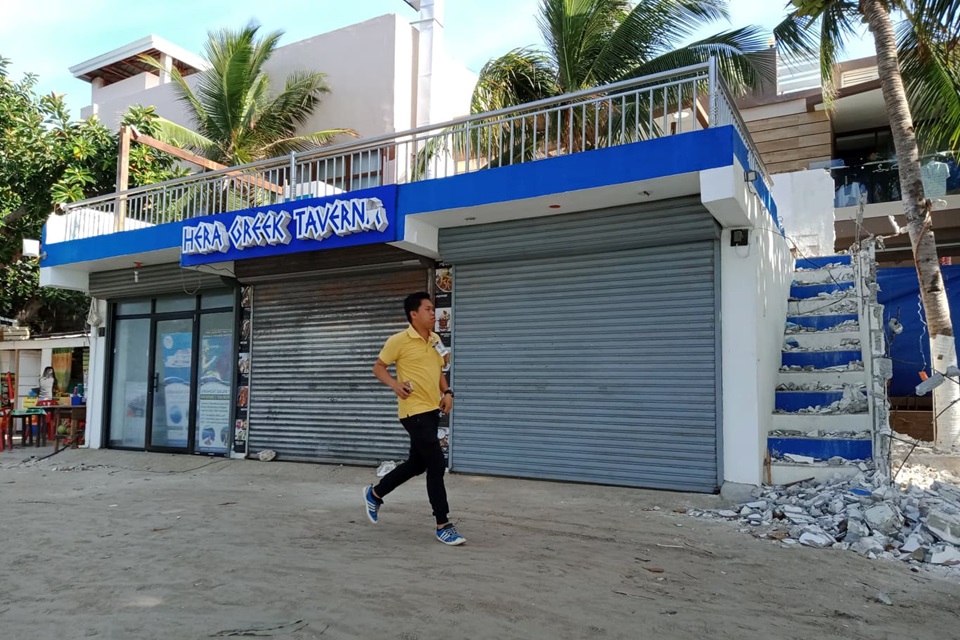 The municipal engineering office of Panglao is calling on other violators of the 20-meter easement rule along the kilometer-long Alona Beach to voluntarily demolish their illegal structures, while municipal authorities continued to tear down one building which encroached on the salvage zone.

According to Panglao municipal engineer Rogelio Bonao, acting Mayor Brian Velasco and other town officials are set to meet with other violators of the policy to urge them to demolish the illegal structures themselves to avoid a forced demolition.

However, no other establishment which has a structure along the salvage zone has been named by the Panglao government, other than the Hera Greek Taverna, which an inter-agency task force led by the LGU started to demolish on Thursday last week.

Velasco earlier said that owners of other establishments within the easement zone earlier vowed to follow suit and demolish their illegal structures after the Greek Taverna is torn down.

According to Bonao, they are set to resume demolition of the Greek Taverna on Tuesday as they failed to finish tearing down the establishment due to lack of heavy equipment which has stalled their operation.

Bonao said that they will instead use jackhammers while waiting for heavy equipment from the provincial government which the LGU has recently requested for.

Velasco said that the LGU facilitated the demolition in line with the order of DENR Secretary Roy Cimatu who inspected the Alona Beach and ordered the demolition of illegal structures within the easement zone in March last year.

Cimatu gave resort and other establishment owners six months to demolish the illegal structures. Some businesses complied with the directive, while others, like the Greek Taverna, refused to demolish their buildings. (R. Tutas)