BPPO to intensify crackdown on cellphones in jail 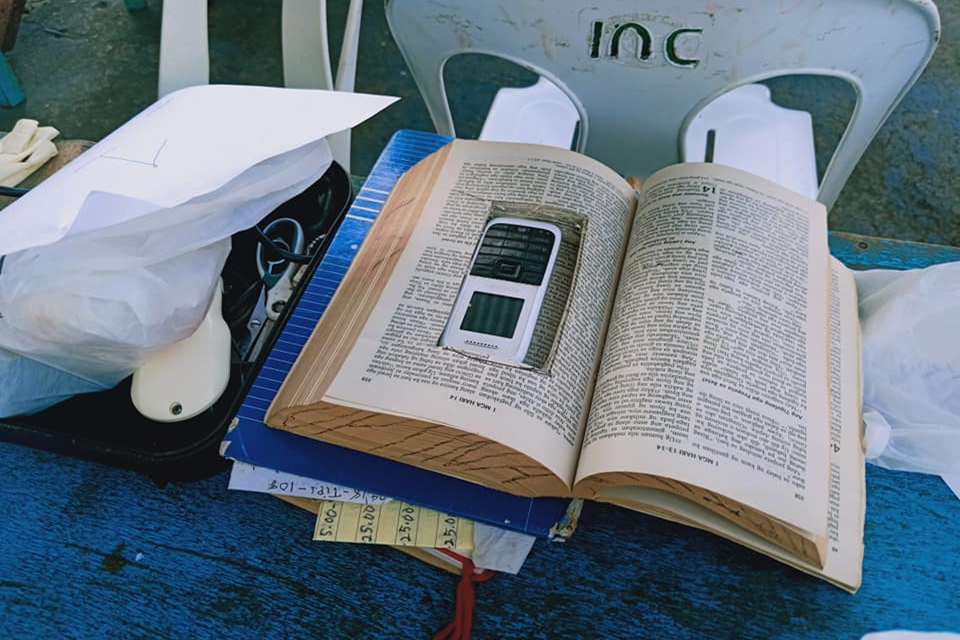 BPPO to intensify crackdown on cellphones in jail

The Bohol Provincial Police Office (BPPO) will intensify its drive to eradicate communication capabilities of detainees at the Bohol District Jail (BDJ) to persons outside the facility after law enforcers found mobile phones inside jail cells at the detention center during a recent raid.

This was disclosed by BPPO director Col. Jonathan Cabal who also confirmed the long reported problem on detainees still continuing to oversee illegal drug operations in the province even while locked up at the detention facility.

“These people, despite the fact that they are inside the jail they still continue to ply their trade…sila yung nagko-control, naguutos,” said Cabal after a Greyhound Operation at the BDJ which yielded various contraband including shabu, cellphone and cash on Sunday.

According to Cabal, he is considering asking Governor Arthur Yap to have a signal-jamming device set up at the BDJ to block electronic communication within the facility.

“In the weeks to come, we have to really implement para ma-avoid yung mga cellphones kasi yun ang mode of communication nila sa outside world, we will probably be requesting the governor for a jam [device] or anything that would really stop this communications from inside to outside,” he said.

During the dawn raid on Sunday, operatives seized three mobile phones, one of which was found hidden inside a bible with its pages carved out, at the BDJ.

Authorities are also set to investigate several jail guards of the facility after their names were found listed in a notebook believed to be a ledger for drug transactions.

Police intelligence officers have repeatedly reported that the BDJ is a hotbed of drug transactions as detainees allegedly serve as conduit between suppliers from outside Bohol and dealers in the province.

Last week, police collared in a Tagbilaran City anti-drug operation Christian Manayaga, 19, and his cousin James Torrefranca, 21, who have been tagged as among the main links between drug-dealing detainees at the BDJ and street dealers.

Captain Gereon Item of the PIB said that Manayaga, son of alleged big-time drug personality Eric Manayaga who is detained at the BDJ, has been the main contact of his father in arranging drug transactions outside the detention facility.

Eric facilitated the shipment of drug supply to the province while Christian and Torrefranca distributed it to dealers based on text messages found in Torrefranca’s mobile phone, said Item. (AD)