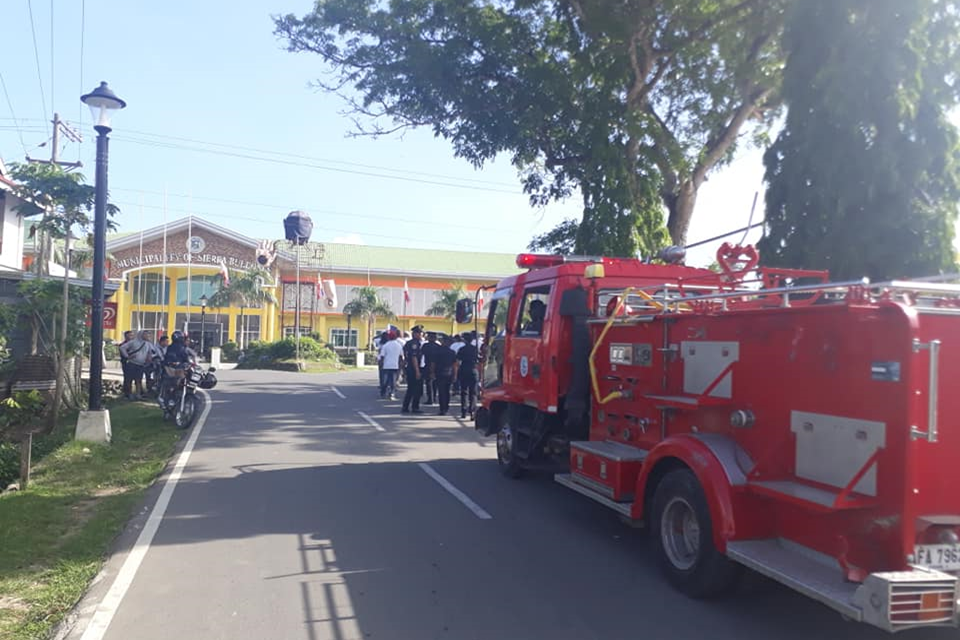 The municipality of Sierra Bullones has been placed under a state of calamity due to water shortage.

The town’s Sanggunianag Bayan issued the declaration on Thursday through a resolution signed by Mayor Simplicio Maestrado and based on a recommendation of the Municipal Disaster Risk Reduction and Management Council.

In the resolution, municipal lawmakers said that the town suffers from insufficient water supply for both domestic and agricultural use due to “abnormally low” rainfall amid a weak El Niño which plagues parts of the country.

Fire trucks from the Sierra Bullones Fire Station have been delivering water supply to some of the affected villages.

Meanwhile, local authorities suspected that an earthquake which jolted the town last month may have also disrupted the flow of underground water supply.

The provincial government is now awaiting a report from the Sierra Bullones government but is already on standby to extend aid to the town.

According to Damalerio, both Governor Arthur Yap, who is currently out of the country for an official trip, and Vice Governor Rene Relampagos have been notified of the declaration.

Meanwhile, the Department of Education has also been notified of the water shortage for the department’s Bohol division to assess its facilities in the town and to ensure that measures are taken to have water supply in schools.

In an earlier interview, the Philippine Atmospheric, Geophysical and Astronomical Services Administration in Bohol said that the weak El Niño is projected to persist until the end of the year. (R. Tutas)