PART 3: Men who came to Bohol, made significant impact, and now largely forgotten 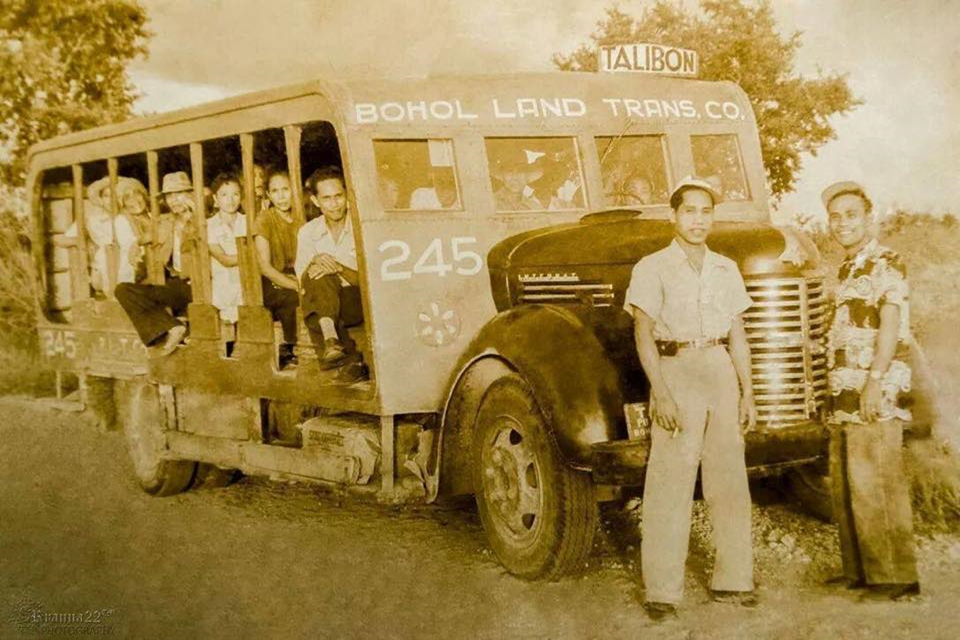 PART 3: Men who came to Bohol, made significant impact, and now largely forgotten

All tricycle drivers in Tagbilaran City know the location of “Bohol Land” but I doubt if anybody of them knows who established the Bohol Land Transportation Company or the “Bohol Land.”

In 1923, William Clarence Ogan established the Bohol Land Transportation Company.  He also had land transportation companies in Cebu, Bicol, and Northern Mindanao, but the main office was in Tagbilaran, Bohol.

Wiliam Clarence Ogan was born on April 2, 1877 at Vinton Country, Ohio, USA. During the Spanish-American war, he served in the US Army in Cuba.  When the war reached the Philippines, he fought during the Filipino-American war.

After the war, he joined the American civilian government in the Philippines.  In 1920, he was the provincial treasurer of the Province of Albay.

When the Mayon Masonic Lodge No. 61 of Legaspi City, Albay was granted its Charter, William C. Ogan was the Charter Worshipful Master of the Lodge.  We have no information from where he was made a Freemason.

William C. Ogan was a practicing American Jew.  In Bohol, he was observed to pray privately in the Jewish manner.

In the Province of Leyte, Mr. Ogan observed the profitable and successful land transportation business of the American Walter Scott Price.  The secret of Mr. Price was to use only one brand of bus.  It made the business operation efficient because one bus can be sacrificed to produce spare parts for the other buses.

Mr. Ogan decided to quit his post in the government in order to start his own land transportation business.  He selected Bohol because the roads in Bohol were excellently maintained.

Since the time of the Bohol Republic (June 11, 1899) its department of public works maintained the roads by the “caminero” and “capataz” system.  It was done by assigning a caminero (Sp: camino = road) for a section from two (2) to five (5) kilometers.  Each town had a capataz or overseer to supervise the mamineros.

Even though the roads were of the McAdam Type or anapog, it was well maintained.  The bridges were also well maintained because first class timber was available in Bohol’s forest.

The Bohol Land Transportation Company (BLTCo) was established by Mr. Ogan in 1923.  He also used only one brand of bus manufacture.  Mr. Organ made an innovation to the method of Mr. Price in Leyte.  A complete machine shop was established.  Except for the engine block the machine shop can duplicate or manufacture any spare part of the bus.  The shop had even a tire-recapping capability.  In its heyday the BLTCo had more than one hundred (100) buses.

Mr. Ogan found a capable manager in Mr. Catalino Castillo.  He was a new graduate in Associate in Arts from U.P.-Cebu (It was then a Junior College) who majored in industrial arts.  Mr. Castillo was from Dao, Tagbilaran, Bohol.

The relationship became closer when Mr. Castillo joined Freemasonry.  He was raised to the third degree of Masonry on December 12, 1931.  They became brother Masons.

By the year 1928 the BLTCo was already a huge success.  It was the number one employer in Bohol with high salaries.  In 1928 the Mayor of Tagbilaran was receiving a monthly salary of P30 per month.  Mr. Castillo was already receiving a huge P2,000 per month salary.

Mr. Castillo was the king maker in Tagbilaran politics.  Anybody of consequence in Tagbilaran was employed by the BLTCo.  In the 1928 election, Mr. Castillo run only as Vice Mayor because he could not leave his post as manager of BLTCo.

The American Mr. Ogan did not object to the methods of Mr. Castillo as long as the result will be for the good of the company.

In 1930 the United States was hit by an economic depression.  All other businesses in the Philippines was affected but the BLTCo was thriving.  It was capable of duplicating the spare parts needed by the buses.  Soon the bus companies in Cebu came to Bohol in order to obtain a spare part.

Mr. Ogan enunciated the policies and they were strictly implemented by Mr. Castillo.  Many of these policies are no longer practiced by today’s bus companies.

The bus must leave on schedule with or without passengers.  The trips were so regular that people in the towns could make the passing of the bus as their clock.

The bus driver and conductor must doff (take off to salute) their caps when passing by a church.  As a Freemason, Mr. Ogan was a great respecter of God and violating this policy can cause dismissal.

There should be no over-crowding of passengers. The only exception to this rule were the camineros who were allowed to board the bus free of charge.

Passengers who paid their ticket at the terminal were given preferred seat numbers and made to wait at a comfortable pre-departure area.

When the war against the Japanese reached Bohol, the buses were brought by their driver to be hidden.  Some were found by the Japanese but others were not.

We do not know where Mr. Ogan went.  However, the diary of Sister Ferdinandina, the Mother Superior of the Holy Spirit School says that the children of Mr. Ogan was left as boarders in the school.  Sister Ferdinandina and many sisters were Germans and the Japanese did not molest them.

We only have a record that Mr. Ogan was captured by the Japanese and imprisoned at Santo Tomas University as Prisoner of War (POW).

After the war, Mr. Ogan went to reside in Cebu and brought his children there.  Mr. Castillo revived the BLTCo using the remaining buses that were not captured by the Japanese.

Even though there was a semblance of the former efficiency, Mr. Castillo was not a strategist but only a tactician.  So many problems arose and by the late 1950s the BLTCo stopped operation.

Mr. William C. Ogan died in Cebu on Feb. 1, 1963 at the age of 85 years.  He is buried in the Manila American Cemetery and Memorial in Metro Manila.

Now, the former terminal of the BLTCo is no more, but the place is still called by the people of Tagbilaran as Bohol Land.  However, the present generation of Boholanos have no memory or knowledge about the contribution of Mr. William C. Ogan.