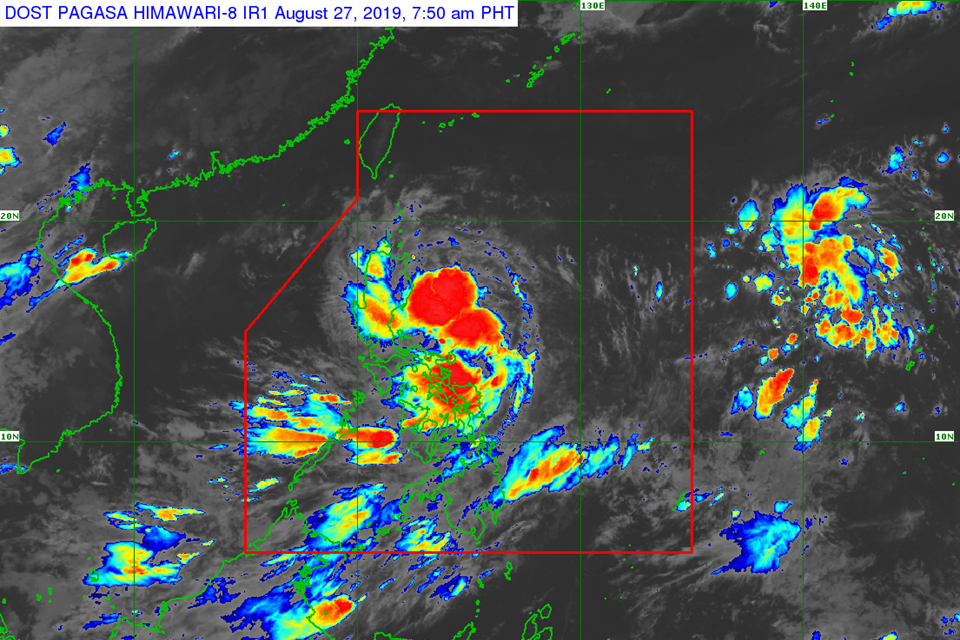 MANILA — It will be a rainy Tuesday in several areas in the country as tropical depression ‘Jenny’ moves towards northern Luzon.

In its 8 a.m. weather bulletin, ‘Jenny’ was spotted 440 kilometers east of Daet, Camarines Norte, packing maximum sustained winds of up to 55 kilometers per hour (kph) near the center and gustiness of up to 70 kph.

Moving west at 25 kph, ‘Jenny’ may intensify into a tropical storm before hitting the province of Aurora on Tuesday night or early Wednesday.

Winds of up to 30 to 60 kph are expected over these areas.

Maintaining its speed and direction, ‘Jenny’ is forecast to be in the vicinity of Longos, Pangasinan on Wednesday and is expected to leave the Philippine Area of Responsibility (PAR) on Thursday. (PNA)