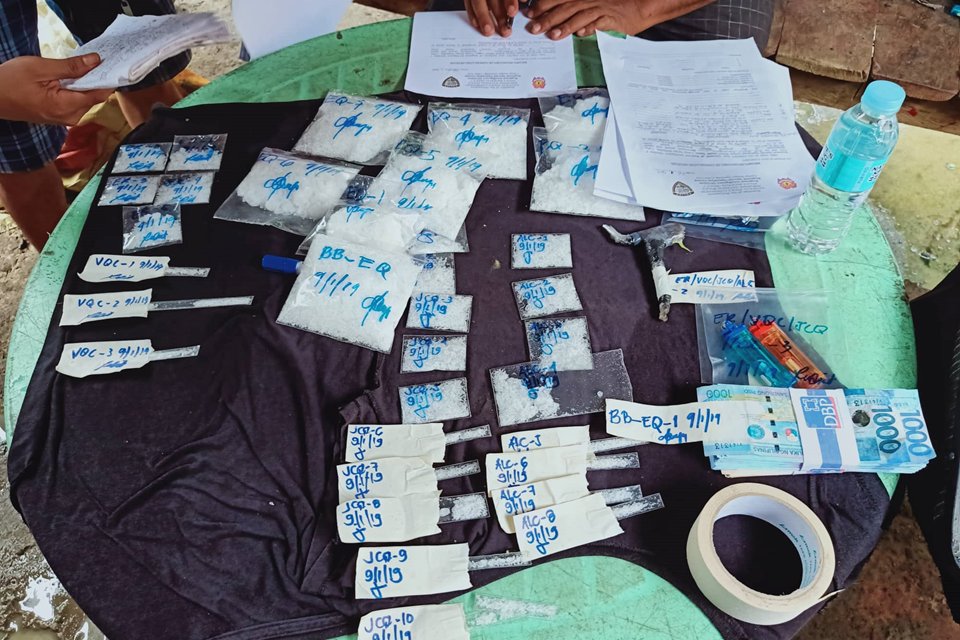 Two men tagged as high-value drug targets who allegedly supplied illegal drugs to “two-thirds” of the province were killed in a police anti-drug operation which also yielded over P6.8 million worth of shabu in Clarin town late Sunday morning.

Cousins Esterio Quiño and Isagani Cañete were shot dead after resisting arrest during a drug buy-bust operation at Cañete’s residence in Barangay Bacani at past 11 a.m., said Major Jojit Mananquil of the Regional Special Operations Group (RSOG) 7 which was among the police units that carried out the joint operation.

Governor Arthur Yap and Bohol Provincial Police Office director Col. Jonathan Cabal visited the buy-bust area and made follow-up assessments, as the successful operation was seen by authorities to have made a large dent to the illegal drug trade in the province.

The operation was the result of month-long surveillance activities conducted by the RSOG 7 in Cebu, the source of the seized shabu.

According to Mananquil, the illegal drugs were shipped from Cebu to Clarin town through a pumpboat and delivered to the group of Quiño and Cañete.

Mananquil said that both men were linked to a drug lord who is detained at Bohol District Jail and who may have arranged drug transactions for the group. He however did not identify the suspect so as not to jeopardize further investigations.

Meanwhile, the operatives from RSOG 7, Provincial Intelligence Branch, BPPO and the Philippine Drug Enforcement Agency arrested six alleged members of the Quiño-Cañete group including two minors and seized a .45 caliber pistol and a KG-9 submachine gun at the house.

However, the operatives were expecting to recover long firearms at the residence but did not find any, as the group was believed to have been heavily armed based on police monitoring operations.

According to Mananquil, they are looking into reports indicating that the Quiño-Cañete group was about carry out a hit against police who were the arresting officers of some of their cohorts in the drug trade.

Follow-up operations are already in motion after the buy-bust which also yielded various evidence and information on the narcotics trade in the province.

Mananquil believed that drug supply in the province would significantly plummet following the seizure of the multi-million drug stash and the death and arrest of members of the Qiuno-Cañete group.