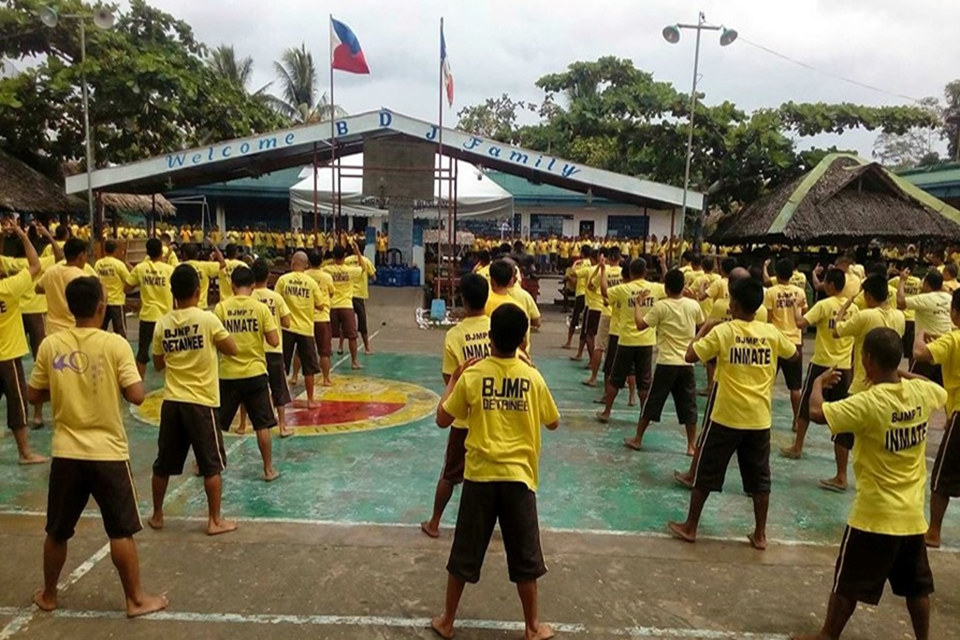 Even with the Bohol Provincial Police Office’s (BPPO) intensified anti-drug drive, more drug offenders were freed in Bohol through the Supreme Court-mandated plea bargaining agreement framework than drug suspects collared by the police in the first eight months of 2019.

According to data from the Bohol District Jail and the Tagbilaran City Jail, two of the largest jails among five detention centers in the province, 563 drug offenders were released from both facilities after they entered into plea bargaining deals from January to August.

Plea deals are being offered nationwide to qualified drug suspects by letting them plead guilty to lesser offenses. Last year, the Inquirer reported that 3,624 drug offenders were released from different Bureau of Jail Management and Penology (BJMP) facilities nationwide in the second quarter of 2018.

The plea bargaining framework was adopted by the SC in 2018 right in the middle of the national government’s anti-drug drive and was seen to decongest jails and ease backlog in courts handling drug cases.

However, the release of convicted drug personalities has been seen to fuel the drug trade in Bohol as there have been numerous cases of repeat offenders in the province.

Newly installed BPPO director Col. Jonathan Cabal roughly estimated that half of drug offenders released through plea deals “or more” reengaged in illegal drug activities, but noted that he will still be looking into the matter to get the exact figures.

“Half or more than half of them are probably back to their old ways. Ang pinakamaganda kasi diyan we will be checking sa dami ng arrests namin na for January to August who among the arrested personalities were granted release,” he said.

Suspected high-value drug targets Esterio Quiño and Isagani Cañete, who were killed last week in Clarin after allegedly resisting arrest during a police anti-drug operation which yielded one of the largest drug hauls this year, were confirmed to have earlier been arrested for drug charges and later released through plea bargaining.

However, Cabal said that he is confident in the “wisdom” of the SC and that he is not against plea deals. The province’s highest-ranking police official instead called for more intervention programs that would help reintegrate released drug offenders into society.

In May 2018, the SC allowed small-time drug offenders to plead guilty to lesser offenses which could grant them reduced sentences or immediate release.

The framework was established after a 2017 high court ruling struck down Section 23 of the Comprehensive Dangerous Drugs Act of 2002, which barred plea bargain deals in cases involving illegal drugs.

Based on guidelines issued by the high court for sale, trading, administration, delivery, distribution, and transportation of ‘shabu’ and its precursors, where the quantity is .01 gram to .99 grams, the acceptable plea bargain deal is six months and a day to four years and a fine ranging from P10,000 to P50,000.

Plea bargain is prohibited in cases when quantity is a gram and above. Prior the implementation of the framework, the penalty is life imprisonment to death and a fine ranging from P500,000 to P10 million.

The amount of drugs seized from the suspects however for shabu, opium, morphine, heroin and cocaine need to be less than five grams and less than 300 grams for marijuana for them to avail of the plea deal.

Senate President Vicente Sotto III is seeking to pass a measure that would institutionalize the SC order adopting the framework for plea bargain deals in drug cases in a bid to ease backlog of small-time drug cases pending in courts.

The SC’s framework was also seen to reduce congestion at detention centers including in Bohol where overcrowded jails have long been a cause for concern.

At the BDJ, the measure apparently bore fruit as population inside the facility has significantly dropped from 947 inmates in January 2019 to 594 in August.

The current number of inmates however is still beyond the facility’s maximum capacity of 400 individuals.

According to the BDJ’s new warden, Jail Chief Inspector Reynan Torreon, the issue on congestion will finally be addressed with the completion of their P10-million expansion project this year.

A new building which will house 10 jail cells at the BDJ compound is already “50 percent” complete, he said.