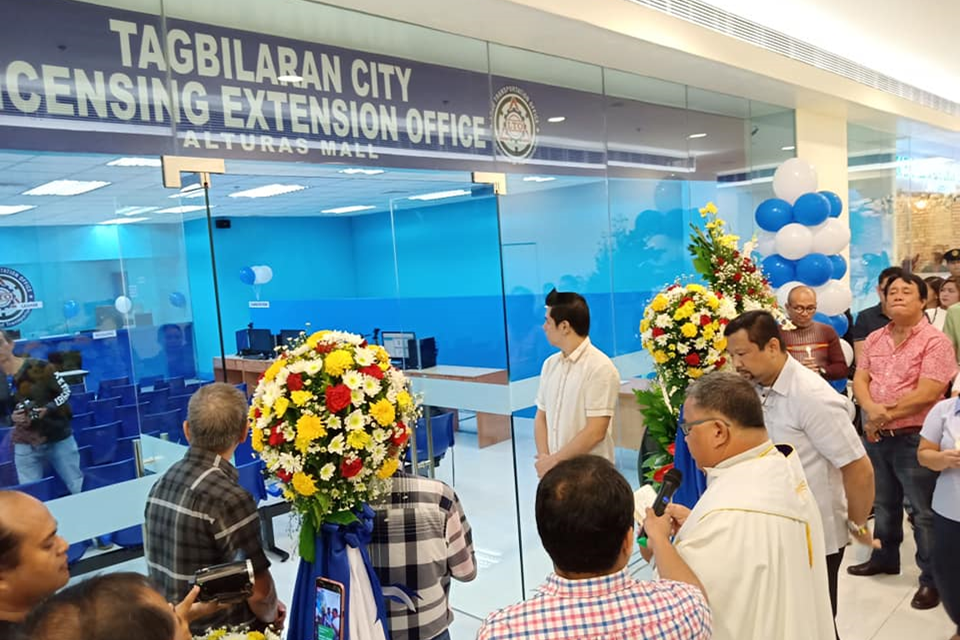 The Land Transportation Office (LTO) 7 inaugurated on Wednesday morning its Licensing Extension Office at a mall in Tagbilaran City as part of a multiphase effort to establish licensing centers across the province to curb congestion at existing offices of the agency.

LTO 7 director Victor Caindec, Tagbilaran City Mayor John Geesnell Yap II and Marlito Uy of the Alturas Group of Companies led the inauguration of the facility which has an “open-office concept” inside the Alturas Mall.

The new facility is a full licensing office where the public can apply for new driver’s licenses, student’s permits and renewal of licenses.

According to Caindec, the new office is seen to ease congestion at the LTO Tagbilaran District Office which has constantly been drawing flak for its reported slow service.

Two new licensing centers which will be erected in Talibon and Garcia Hernandez will also be inaugurated in the “next few days.”

Meanwhile, more projects are in the pipeline for the LTO 7 including the renovation of the old Tagbilaran District Office and the opening of a licensing office in Panglao.

In April, President Duterte signed into law a measure that will establish an LTO extension office in Tubigon. The agency however is still looking for a site for the facility in the town. (RT)