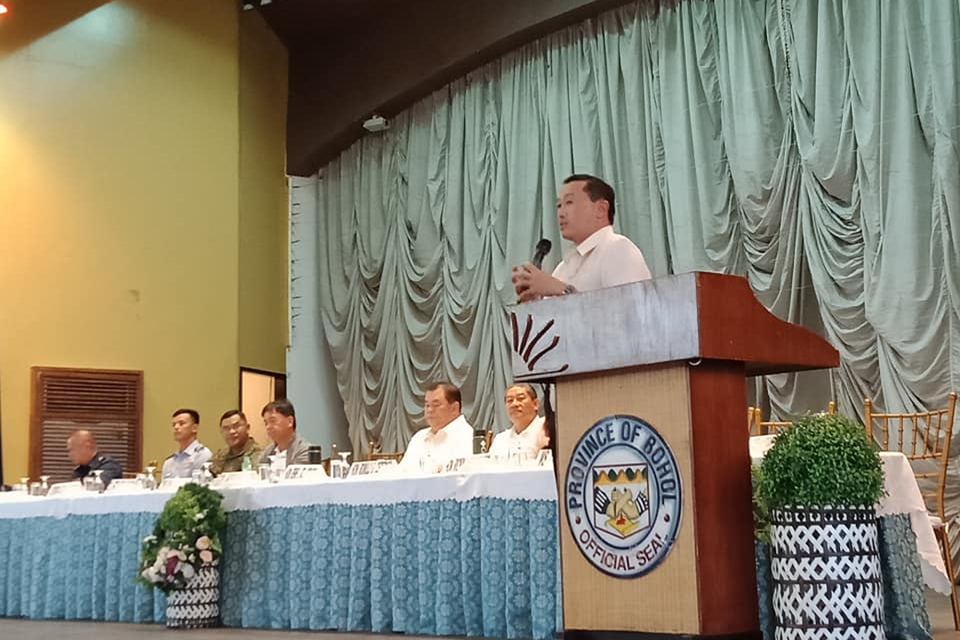 Governor Arthur Yap has enlisted the aid of the hundreds of village chiefs in Bohol’s coastal towns to boost border security of the island province.

“Bug-at ang responsibilidad ninyo to know what is going on,” he added.

According to Yap, his administration has been moving to make Bohol a training center for state security agencies including the Armed Forces of the Philippines (AFP), Philippine Coast Guard (PCG) and the Philippine National Police (PNP) to increase the number of state troops in the province.

The province earlier lost the Philippine Army’s 302nd Infantry Brigade which was deployed in Negros to aid in the government’s efforts to crush communist insurgency in the two-province island, but its parent unit the Capiz-based 302nd Infantry Division, Yap said, has made Bohol its training center.

Meanwhile, the PNP is also set to deploy PNP-Special Action Force companies to Bohol while the AFP and PCG will be establishing training centers in the province, he added.

Yap who has repeatedly highlighted his tourism-centric governance said that heightened security measures are needed to keep tourists and locals alike safe.

Previously, Bohol Provincial Police Office director Colonel Jonathan Cabal who confirmed that illegal drugs in Bohol are not manufactured locally and are only shipped from other localities also noted the need for contribution from barangay officials in monitoring the province’s coastline.

Cabal said in an earlier interview that barangay officials are crucial in monitoring non-port areas for illegal drug activities and other criminality.