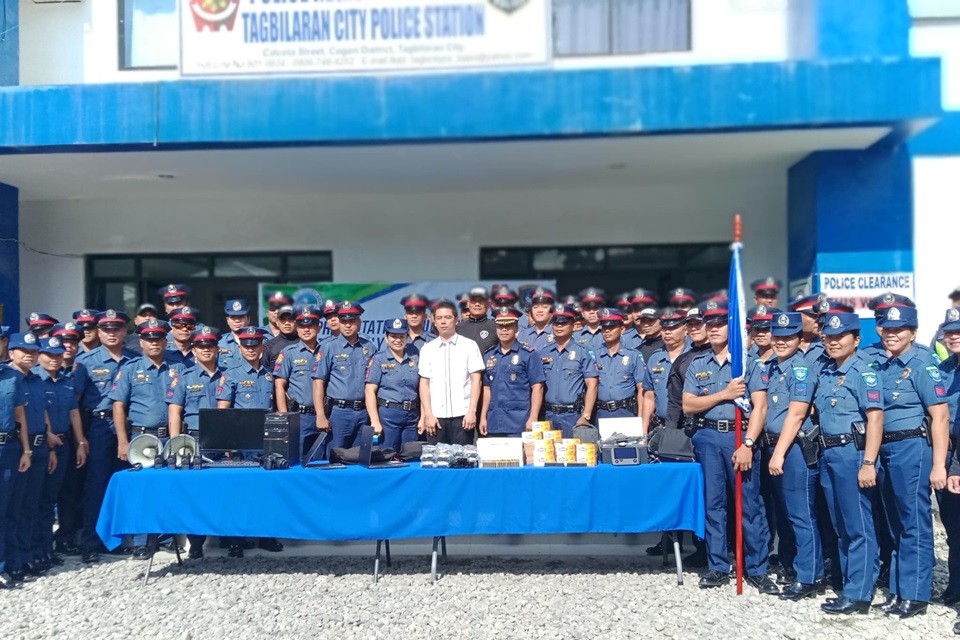 The Tagbilaran City local government unit on Monday turned over P1.5 million worth of equipment and vehicles to the Tagbilaran City Police Station (TCPS) as part of efforts to boost security in the province’s capital.

Yap also acknowledged Navida’s efforts in imparting to the LGU their needs for them to improve their operations.

According to Yap, the LGU is also set to donate a patrol car to the TCPS which will be funded through a cash grant earned by Tagbilaran City by winning the Seal of Good Local Governance last month.

Yap is a known staunch ally of Go, who was earlier dubbed an adopted son of Tagbilaran City.

Navida for his part thanked the city government. He said that the new equipment and vehicles will help in boosting the TCPS’ conduct of anti-crime operations and in maintaining peace and order. (RT)