Yap eyes ban on single-use plastics in Bohol by 2020 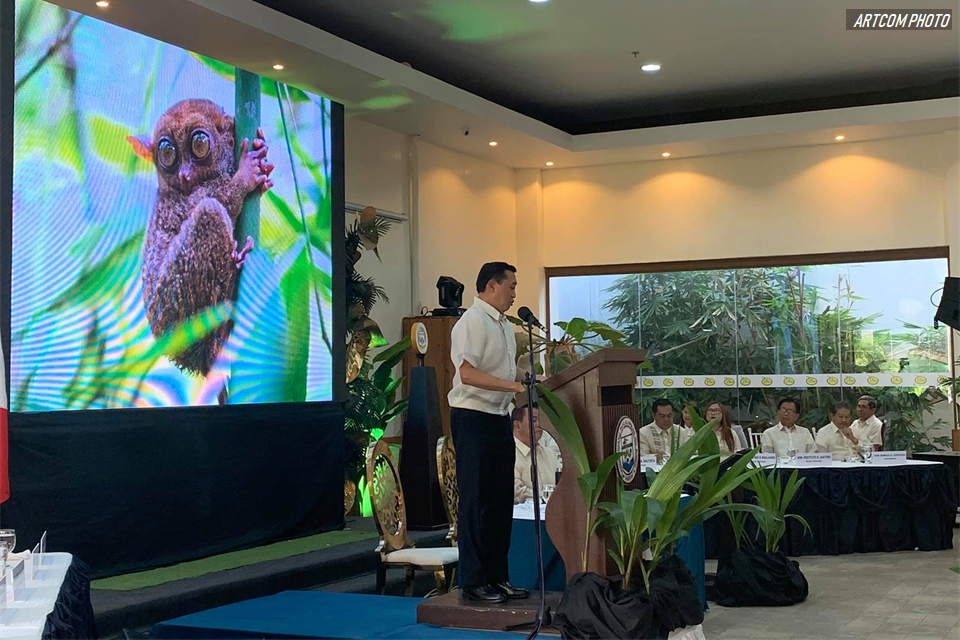 Yap eyes ban on single-use plastics in Bohol by 2020

The provincial government is planning to start by next year a gradual ban on the use of single-use plastic containers and bags in Bohol amid the increasing number of plastic liter in the province, said Governor Art Yap in his “First 100 Days” report which highlighted his administration’s drive for environmental protection.

According to Yap, the initiative will be implemented in “achievable phases.”

“We will also make a plan with the mayors and stakeholders—I hope you’re ready for this—to ban the use of single use plastic containers and plastic bags by next year,” Yap said during his hour-long speech at Reyna’s Haven in Tagbilaran City on Tuesday.

The governor said that there has been a “geometric increase” of garbage particularly plastic liter with the rapidly growing tourist and visitor influx in the province.

Yap’s report dwelled on tourism, which he has repeatedly highlighted since day one of his administration as means to address poverty and generate employment, and linked this with other issues including environmental protection and sustainability.

According to Yap, he has launched a program that seeks to plant one million trees including mangroves in a span of three years.

He said that the initiative has multiple goals—protect marine resources, fight erosion and provide food security through fruit trees.

“Part of this program is also planting endemic flowers to beautify the island,” Yap said.

The governor also reported that he earlier issued Executive Order 4 which suspended the permits of quarry operators province-wide.

Yap said that the directive was implemented to monitor the “use and exploitation” of natural ground resources.

He however noted that it was only temporarily imposed pending an audit on the operations. He said that crippling quarry operations would lead to costs increase for infrastructure projects such as road construction.

“Our objective is to check the state of use and exploitation of our natural resources, to regulate. Remember that there is also an impact on the roads we want to build, the cost will start shooting up. So we balance,” he said.

Meanwhile, the province-led Panglao Island Sustainable Tourism Task Force has been looking into environmental issues such as easement violations, water quality, sewerage and septage in Panglao which is deemed as Bohol’s crown jewel in tourism.

According to Yap, “95 percent” of the establishments along the world-famous Alona Beach in Panglao are already compliant with easement standards imposed by the Department of Environment and Natural Resources in 2008.

Yap said that tourism officials have tasked him as governor to create clear plan on issues such as garbage disposal and sewerage to promote sustainability in the province’s tourism industry.

“They are challenging us, if we are to stay a sustainable tourism center in the years to come, somebody has to mind the kitchen, somebody has to do the cleanup and they are addressing the governor to do that, and I cannot do it without the support of our mayors, without all of you,” he said.