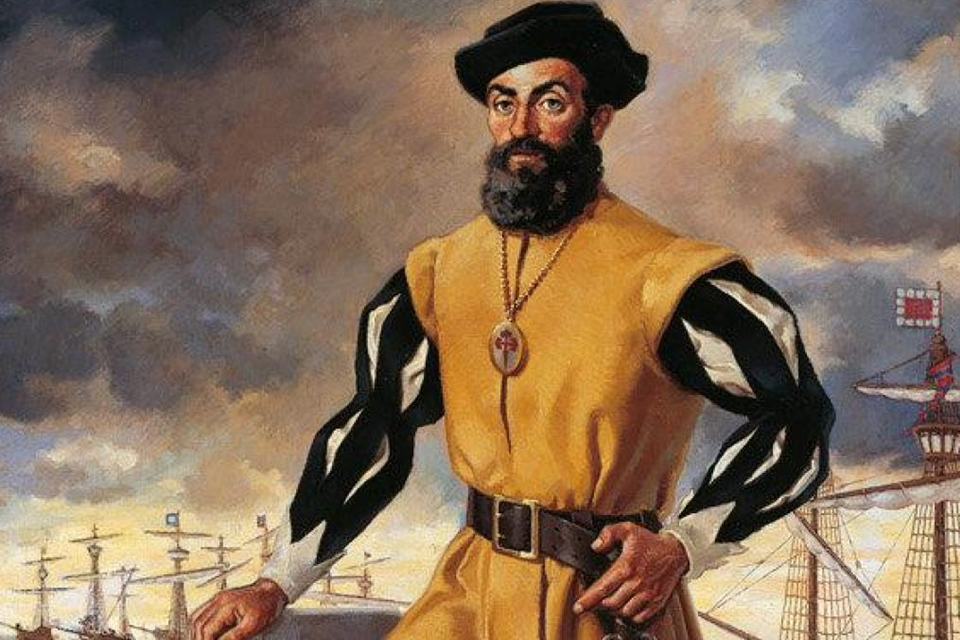 In this article, I will try to show that the person who actually slew Ferdinand Magellan was the Boholano named Sampong Bahâ.

Our history books rely so much on Spanish sources.  We always cite the writings of Antonio Pigafetta as the source of information as to what happened during the Battle of Mactan.

In Cebu there are many traditional stories about the Battle of Mactan telling about the Cebuano side of the story.  One of this is the book “Saginid sa Atong Tawarik” authored by Jovito Javellana written in the old Bisayan script with Latin letter transcriptions.  Another is the story written by Atty. Vicente Gullas, the founder of the University of the Visayas in Cebu.

In the Cebuano Studies Center of the University of San Carlos, now located at the Talamban Campus, there are two affidavits executed by a member of the Baring family and that of Mr. Tomas Igot of Mactan Cebu. These two affidavits were posited to be true stories about Lapulapu who they claimed to be their ancestor.

Due to our colonial mentality (Bis: sagmak) we tend to discredit the local history and rely more of those written by foreigners.  The facts in the above cited records are more or less consistent and can give us the heroism of Lapulapu and his followers and the ineptness of the Spaniards.

I will deal only on the data of the story that will reveal that the person who actually killed Ferdinand Magellan was the Boholano named Sampong Bahâ.

In summary, herewith is the bio-data of LAPU-LAPU:

A few years from 1457, Sri Mohammed and his wife Malindang and son Datu Manggal, left their place which was at the south-eastern part of Malaysia.  Accompanying them were thirty-three (33) families.  In all, there were 127 people in the group which sailed towards the present day Philippines.

The group first landed at Negros island and stayed awhile.  They then proceeded and landed in Calape, Bohol.  Here in Calape, the group stayed for a few months.  The group then proceeded to Argao, Cebu and finally arrived in Mactan in the year 1457.  It was in Mactan where Sri Mohammed and his group decided to settle.

About the middle of the month of Daghangkahoy (February-JBT), 1481, LAPU-LAPU was born to the couple Datu Manggal and Matang Matana.  Therefore, LAPU-LAPU was a grandson of Sri Mohammed, the leader of the settlers.  LAPU-LAPU had a younger brother named BUYOG, and sister named MINGMING.

The name of Lapulapu’s grandfather was Sri Mohammed.  The name indicates that he was a Muslim.  The inhabitants of Sugbo were not Muslims.  In fact they were easily converted by Ferdinand Magellan to become Christians.  This will explain why Humabon and Lapulapu were not in good terms.

Trained to be a warrior

Datu Manggal, the father of Lapulapu (Note: He had the title of “Dimantag”) hired expert warriors to train Lapulapu to be a good warrior.

One teacher was called Balì Alho (can break a pestle).  He was the teacher of Lapulapu how to use a pestle-like staff in fighting.  In fact the pestle-like staff or tukón was the weapon used by Lapulapu during the fight against the Spaniards.  The body armor of the Spaniards could not be penetrated by arrows or spears but it will crumple when hit by the tukón and render the Spanish soldier immobile under the metal armor.

Another teacher was Dusdos (to thrust).  He trained Lapulapu how to use the spear (Bis: bangkáw) and the lance (Bis: tumbák).

Another teacher was Sawilik (to fling the hand).  He trained Lapulapu in the art of wrestling and how to use the hands for defense and offense.

Another teacher was Sampong Bahâ (to block the flood).  He trained Lapulapu in the art of fighting using the broadsword or kampilan.

Antonio Pigafetta recorded an eyewitness account during the death of Magellan.  He said, “He (Magellan) was hit by an arrow on the thigh near the knee.  He fell on his other knee and could not draw his sword.  A man came near, and using a broadsword (Sp:escudo) cut the head of our leader (Magellan) by the neck”.

The question is why was Magellan unable to draw his sword?  It was because his body armor was hit by the alho or tukón. His armor crumpled and rendered the arm of Magellan immobile.

The words sámpong bahâ means to block a flood.  There was and is no flood in Mactan because there is no river.  Therefore Sampong Bahâ was from somewhere else.

In the town of Tubigon, Bohol there is a legendary person known as Bantágon or Felix Bantagon.  He was honored by the Municipality of Tubigon through a name of a street.  (Note: I don’t know if the street still exists.)

Bantagon was a brother of Sampong Bahâ.  The word bantágon means to shake down or pull down a tree.  And his brother Sampong Bahâ, using his broadsword will cut the tree properly for use in blocking the flood.

The word tubigon means watery.  The name of the river passing through Tubigon town is Tubigan river.  By its name alone we can discern that the river always flooded its banks.

Therefore a man who can block the flood will be called “Sampong Bahâ.” He was a brother of “Bantagon” whose name means to shake down a tree and Bantagon is recognized in the town of Tubigon as Felix Bantagon.

Therefore the person who actually slew Ferdinand Magellan was a Boholano because Sampong Bahâ, the man who carried the broadsword was from Tubigon, Bohol.