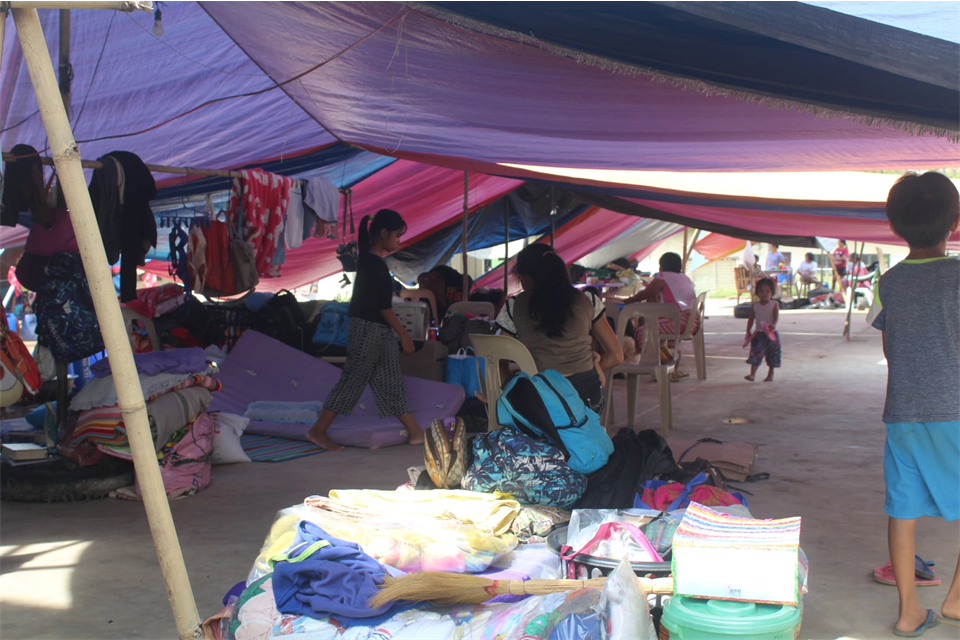 Thousands of Boholanos in Mindanao are believed to have been displaced or affected by the series of earthquakes that hit various provinces in the southern region in the past few weeks.

Davao Archbishop Romulo Valles, a native of Bohol, said that about 50 percent of the population of Makilala town, one of the hard-hit towns in Cotabato, are Boholanos. Makilala is adjacent to Tulunan, Cotabato which is the epicenter of the latest strong tremor that struck Thursday last week.

“Ang Makilala is populated by many Boholanos,” said Valles, who is concurrently the president of the Catholic Bishops’ Conference of the Philippines (CBCP).

Makilala, a first class municipality, has a population of over 83,000 as of 2015, based on data from the Philippine Statistics Authority.

Reports have indicated that at least eight persons in Makilala remained missing as of Monday, four days after the latest quake which displaced residents and left scores of houses and infrastructure damaged and destroyed.

Valles who is based in Davao City said that he has been visiting quake-hit areas including the provinces of Davao Del Sur, Davao Occidental and Cotabato particularly the municipalities of Magsaysay and Makilala.

He acknowledged that most of the evacuation centers across the affected towns are well-organized and are replete with relief packages for the victims but noted that more donations are still required for the sustenance of the evacuees.

Valles noted that more donations are needed especially for some families who have not gone to evacuation centers and are staying near their homes and various open areas.

According to Valles, most of the victims are in need of pieces of tarpaulin or waterproofed canvass to be used as tents, particularly those that are ready for use and cut to about five by 10 meters in size.

Meanwhile, the bishop welcomed the Bohol Chronicle Radio Corporation’s “Tabang Mindnao” initiative which takes in donations for the quake victims.

The kick-off of the donation drive was aired during the top-rated “Inyong Alagad” program of station dyRD anchored by veteran broadcasters Fred Araneta and Chito Visarra together with Bohol Chronicle Radio Corp. chair Peter Dejaresco on Tuesday morning.

Tabang Mindanao will take in cash, canned goods, clothes and tarpaulin or “trapal” to be used for tents of the victims.

In-kind donations may be dropped off at the BCRC office along B. Inting Street in Tagbilaran City, near the Governor Celestino Gallares Memorial Hospital. For cash donations, donors can deposit it through the BDO account of the BCRC: Bohol Chronicle Radio Corp. Acct#2950596440