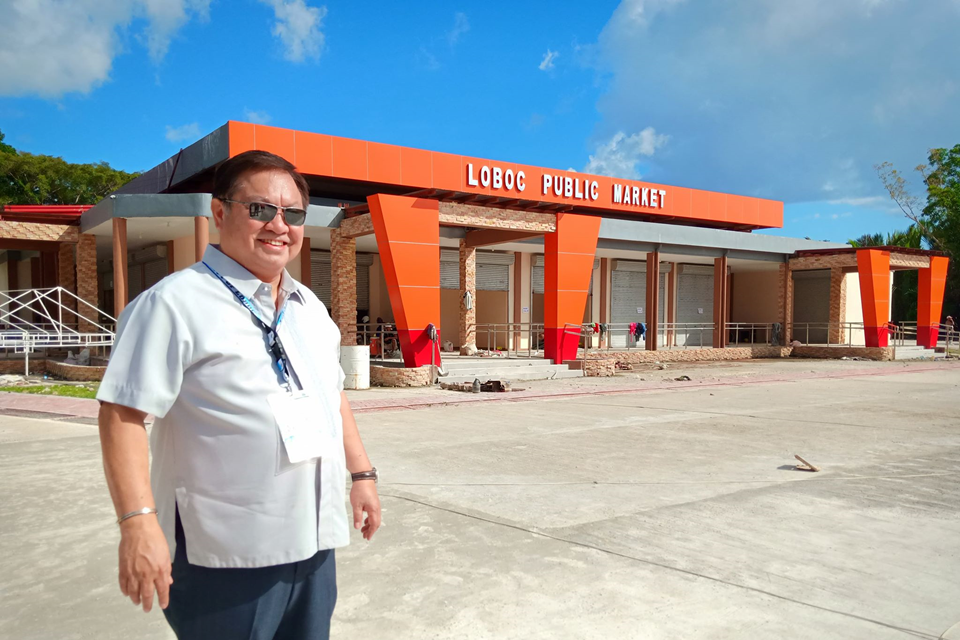 According to Calipusan, a returning first-term mayor, operations at the market is expected to start as early as February next year, but a second phase for the project is still being planned.

The new structure is located at a five-hectare lot in Barangay Camayaan of the town. It will replace the current temporary market of the municipality located in Barangay Agape.

Calipusan said that the town’s local government unit allocated P11 million for some segments of the project while the rest of the expenses were covered by the national government.

The new market was designed to fit the town’s profile as a tourism destination.

He said that the wet market has a separate section within the facility.

Loboc, whose main attraction is the world-renowned Loboc River, is a fourth class municipality but is reportedly already up for reclassification as a second class town based on its income.