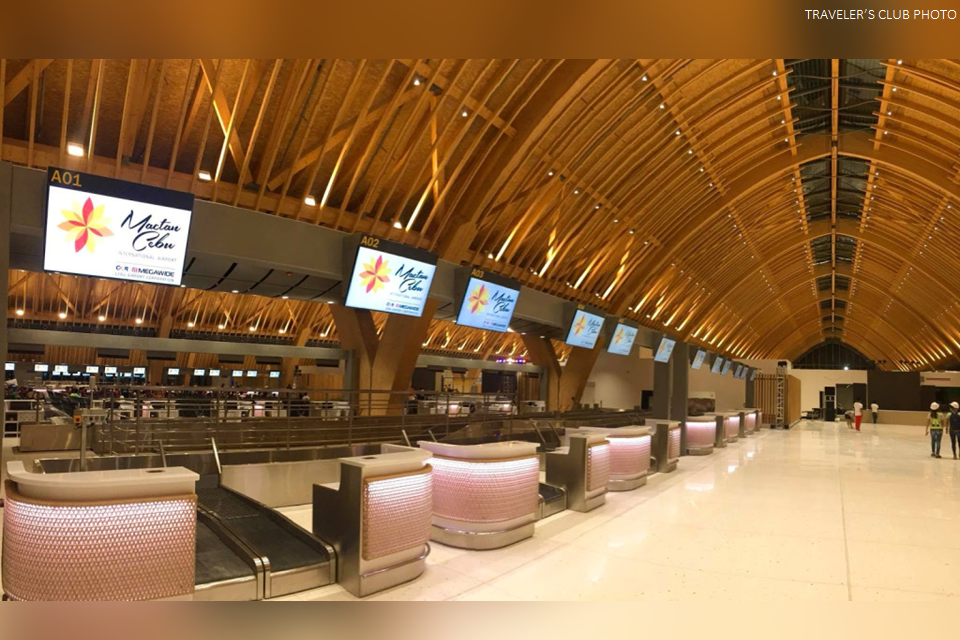 MANILA — The Department of Tourism (DOT) on Friday lauded the team behind the Mactan Cebu International Airport Terminal 2 for winning the top prize in the Completed Buildings-Transport category at the World Architecture Festival in Amsterdam, Netherlands.

The event, dubbed as the world’s largest, live, inclusive, and interactive global architectural awards program and festival is being held in Amsterdam from December 4 to 6.

In some of the judges’ notes, the terminal was hailed for its “simple and elegant” structure.

“This is a simple and elegant new airport that uses many locally-sourced materials. It is integrated into the local area through the development of a local hub and a landscape plan,” a note from one of the judges posted at the World Architecture Festival website read.

Other nominees for the award include the Jewel Changi Airport in Singapore, Hong Kong-Zhuhai-Macao Bridge, the Tainan Bus Station in Taiwan, the Barangaroo Ferry Wharf, Mernda Rail Extension, and Caulfield to Dandenong Level Crossing Removal in Australia.

The airport’s internal spaces was also described as “light and uncluttered and the design is capable of future extension. It is clearly popular with the local community and this established a memorable travels [sic] experiences.”

The terminal was designed by the Hong Kong-based architectural firm Integrated Design Associates with support from Budji+Royal and Kenneth Cobonpue and is a project of Megawide Corp. and India’s GMR Group.

“With Mactan being the second busiest international airport in the Philippines, this architecturally astounding building serves as an important gateway to the Philippines,” the DOT said in a statement.

The agency agreed that among its strengths are its “simple elegance, its innovative use of both foreign and locally-sourced materials, and its oneness with its surroundings”.

“The building’s roof is meant to represent the ocean, while its expansive and exposed internal structure reminds one of the hull of a boat; its brightness and openness of space, deeply symbolic of the Filipinos’ welcoming nature,” it added. (PNA)