When Francisco “Dagohoy” Sendrijas declared his defiance against Spain on July 4, 1744 the Spanish government did not immediately send forces to fight him.  In fact, the inaction of the Spaniards enabled Dagohoy to organize his forces.

In year 1747 Msgr. Juan de Arechaderra, Archbishop of Manila, was the acting Governor-General.  He had to answer the pleas for help of the different parish priests in Bohol.  Some were requesting guns for protection.

As it turned out, the Spanish troops were vey inept.  After two (2) weeks of skirmishes with Boholano forces, the Spaniards went home in defeat to Zamboanga.

Without good soldiers, the Spaniards could not defeat the Boholanos.  So they tried the tactic of having some dialogues.  The first attempt for a dialogue was done by Bishop Miguel Lino de Espeleta.  He was the Bishop of Cebu.

Bishop Espeleta was familiar with the situation in Bohol.  In the year 1762, Miguel Lino de Espeleta, the acting Archbishop of Manila and Acting Governor-General personally came to Bohol in order to dialogue with Francisco Dagohoy.  Some historians will say that the dialogue took place in the town of Inabanga where Dagohoy came down after he was given a safe-conduct pass by Bishop Espeleta.  This writer (Jes B. Tirol), after reading the facts, is of the opinion that the dialogue took place at the headquarters of Dagohoy in Magtangtang and it was Dagohoy who gave the safe-conduct pass to Bishop Espeleta.  (Note: At that time was still part of Inabanga — JBT).

Dagohoy demanded the expulsion of the Jesuits from Bohol.  Bishop Espeleta promised that he will do it; but he did not do it.

Bishop Espeleta asked that the church in Inabanga, burned by Dagohoy, be rebuilt.  Dagohoy promised to do it; but only the foundation posts were constructed.

This dialogue of reconciliation came to naught.  Both sides were adamant to stand their ground.  Dagohoy was confident that he had the strength to repel any invasion of the Spaniards.

In 1754, the Spanish government sent an expeditionary force to Northern Mindanao to fight the Moros at Pangil Bay located between the present day Missamis Oriental and Missamis Occidental.  The main striking force of the Spanish expedition was the 800 Boholanos recruited from the towns of Tagbilaran, Maribojoc, Inabanga, Baclayon, Loay, and Loboc.  Fr. Jose Ducos, S.J., the commander of the Spanish forces relied heavily on the Boholanos.  The Boholanos were valiant and good fighters.  There is even a record of a Boholano archer who, with his 40 arrows, also killed 40 Moros.  The Moros were completely defeated and their villages burned to the ground by the Boholanos.

The Boholanos fighting in Northern Mindanao were disbanded in 1759.  At least one-half of the 800 Boholanos returned to Bohol.

After some years of victorious service to the Spanish government, what do you think was the kind of welcome the returning Boholanos received in Bohol?

The approximately 400 returning Boholano fighters did not received any welcome from the Jesuits.  To their chagrin, they found that their families were in miserable conditions.  Without their breadwinners, who were fighting for the Spaniards in Northern Mindanao, the parents, wives, and children left behind, could not pay the heavy taxes imposed by the Spanish authorities in Bohol.  Many of their family members were put in prison for debt.  On top of this, what little properties they had were confiscated, even the womenfolks were maltreated.

The Boholano veterans found out that to be in the mountains with Dagohoy, gave them freedom; and there was no lack of provisions because they occupied the most fertile part of Bohol.

Increase of Forces and Change of Strategy

So, by 1759, Dagohoy had additional 400 fighters.  These were not ordinary fighters.  They were veterans who experienced fierce hand-to-hand combats with the Moros in Mindanao.

Dagohoy demanded from Bishop Espeleta the expulsion of the Jesuits in Bohol.

Proem It is significant to observe that after the Tamblot Resistance in Bohol, there seems to be no more conflict…

Proem After the death of Tamblot sometime in July 1622, the organized religion in Bohol became leaderless.  There were local “biriki”…

Proem The Tamblot incident in Bohol was not an uprising, nor was it a rebellion because in 1621 or 1622…

Significant battles in Bohol: Battle of the Bo-ol Kingdom

Proem Before the arrival of the Spaniards, there was a place known as the Bo-ol Kingdom or Dapitan Kingdom.  The…

Proem April 27, 2021 is the 500th year anniversary of the Battle of Mactan between the Spanish forces led by… 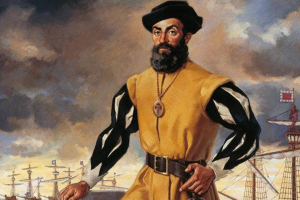