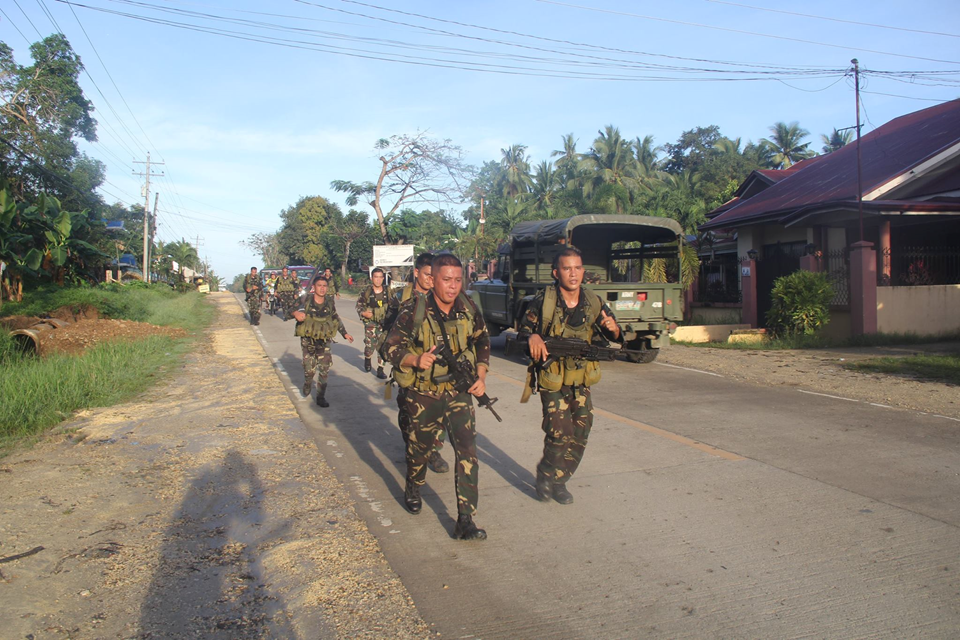 The Philippine Army in Bohol will not let its guard down during the holidays as it braces for possible attacks or atrocities by leftist insurgents during the 51st anniversary of the Communist Party of the Philippines (CPP) on December 26.

Numerous alleged activities of the New People’s Army (NPA), the CPP’s armed wing, in Bohol have been reported by authorities in the past year but the government has maintained that the province remains insurgency-free.

However, Remonde said that the Army will not be taking chances as it is prepared to counter possible offensives by the NPA or other lawless elements.

The 47th IB has been coordinating with the Philippine National Police in implementing heightened security measures across the province during the holiday break.

Remonde also called on the public to remain vigilant and to report suspicious activities or individuals in their respective villages.

The CPP, through the NPA, has been known to launch major attacks against government troops in various parts of the country on their founding anniversary or days surrounding the event.

Earlier this week, a member of the Citizen Armed Force Geographical Unit (CAFGU), the civilian paramilitary unit of the Army, was shot dead by a suspected NPA rebel in a remote village in Bilar.

The gunman was accompanied by around ten heavily armed men, said Bilar police chief Lt. Ramon Rulona based on statements from residents in the area.

In October, soldiers of the 47th IB briefly clashed with around four armed men who were suspected to be NPA rebels in Rizal, Batuan. There were no reported casualties on both sides.

Police in Batuan reported that armed men also suspected to be NPA rebels shot at the newly established Jungle Training Base of the Army in the same village on November 30. No one was injured during the incident but authorities found spent shells fired from AK 47 and M16 rifles around the camp.

Although police and military officers in their statements have suspected that the attackers were NPA rebels, these remained unproven as there have been no bodies of casualties on the side of the lawless elements and no subversive documents or other evidence found to prove that they were indeed communist insurgents. (RT)