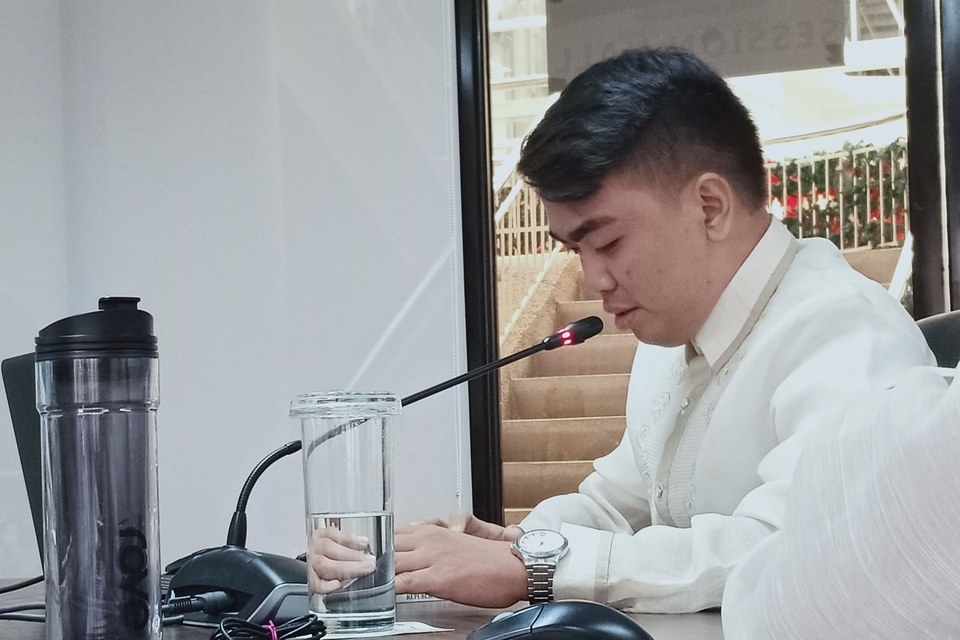 The Sangguniang Kabataan (SK) federated president of Tagbilaran City Tom Vergara who concurrently served as an ex-officio member of the City Council bade farewell on Friday to fellow legislators in an emotional address as he stepped down from both posts.

Vergara said that Poblacion III SK Chairperson Raul Aparicio II will replace him in both capacities in accordance with a term-sharing agreement brokered among SK officials in the city with the consent of Tagbilaran City Mayor Baba Yap.

“I am forever grateful in this opportunity not because of the salary I get but all the lessons I have learned because this is my stepping stone to be like you, to be a good legislator someday,” said Vergara during the City Council’s regular session on Friday.

Vergara lamented that he was unable to craft an ordinance during his stint as a city councilor, saying that he was limited by the lack of resources particularly staff members.

“It saddens me that I never crafted or authored an ordinance, [I] had a few resolutions, because I have no private secretary. I only have two job order staff and also I am afraid to butt in when we are having a discussion because of the fear and doubts in my heart,” he said.

The young official was thankful for the over yearlong stint as city legislator nonetheless.

He said that it was a valuable experience to work with seasoned councilors and other government officials.

“To my colleagues in the 14th Sangguniang Panlungsod headed by our Vice Mayor Toto Veloso, thank you for the lessons and advice. I have learned so much from you all,” he added.

SK chairpersons who get elected as federated president of a city, town or province get a seat at their city council, sangguniang bayan or sangguniang panlalawigan, respectively, as an ex-officio member.

According to Vergara, he and the 14 other SK chairpersons in the city came up with the arrangement for the term-sharing among the city’s SK president, vice president and the next highest-ranking official.

The agreement was made prior to their elections. (A. Doydora)