Brief fire breaks out at Tagbilaran mall; no damages reported 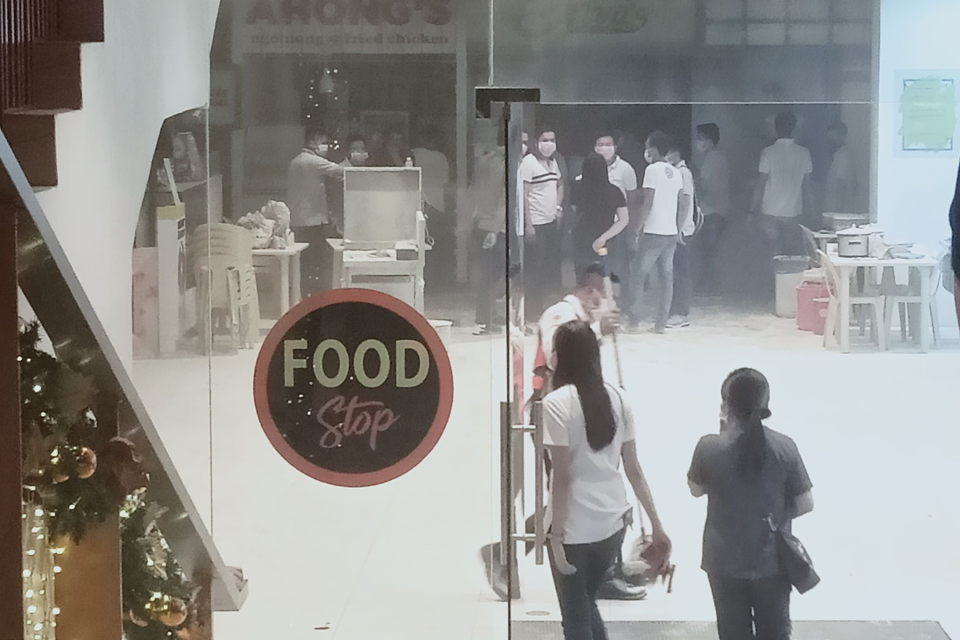 Brief fire breaks out at Tagbilaran mall; no damages reported

A small fire broke out inside a restaurant at the Alta Citta Mall on Tuesday afternoon but no major damages were reported as the blaze was immediately extinguished and was not able to spread.

Fire Officer 2 Dominic De Castro said that the fire which was ignited by an “overly hot” fryer at Alva’s Fried Chicken and Chicharon food stall was put out by a fire extinguisher manned by mall personnel.

The Tagbilaran City Fire Station responded to the incident but the flame was already put out when they arrived.

Operations at the new mall was briefly suspended as employees and shoppers at the establishment’s food court and supermarket evacuated due to thick smoke emitted by the fire.

They however immediately returned as the fire was quickly extinguished.

No other stores at Alta Citta were  affected by the incident. (A. Doydora)

A week after the elections, a Commission on Elections (Comelec) officer in Tagbilaran City said some campaign posters remain posted…