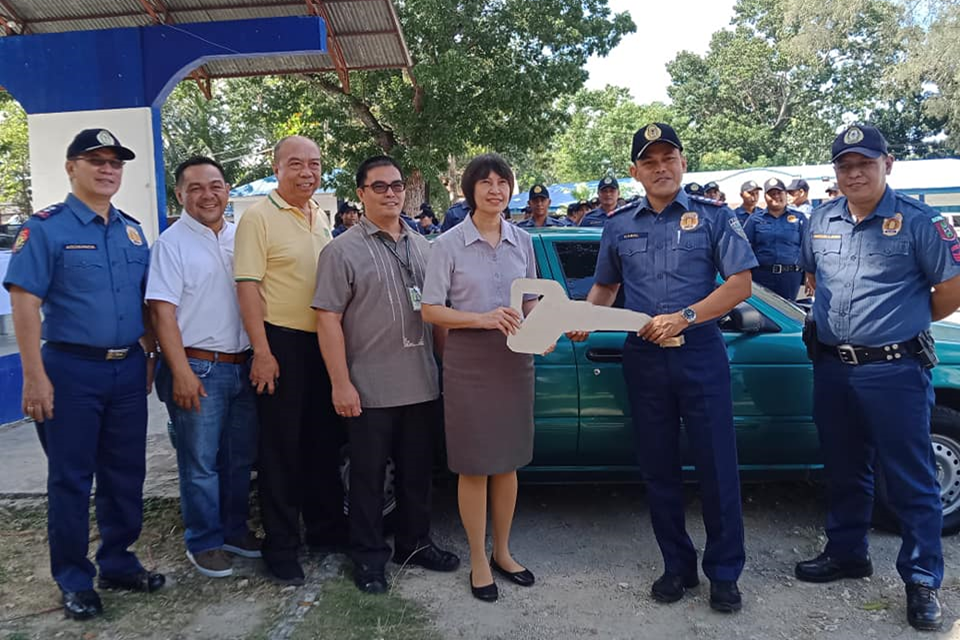 The First Consolidated Bank (FCB) donated a sedan for driving skills practice of officers of the Bohol Provincial Police Office (BPPO) which is set to embark on an intensified driver’s training program for its uniformed personnel.

Cabal and the FCB executives signed a deed of donation with Provincial Board Member Ricky Masamayor who chairs the PB’s committee on peace and order in attendance.

The province’s top cop in turn thanked the FCB for the donation of the practice vehicle and the Toyota Hilux which it donated in 2016 for use of the BPPO chief.

Cabal said that the BPPO is set to establish a driving academy as he highlighted driving as among important skills needed by cops beside shooting and reporting.

“Being police officers it is incumbent upon us to know this very basic police occupational skill which is driving,” he added.

According to Cabal, he had recently found out that 300 police officers of the BPPO do not possess driver’s licenses.

He asked for cooperation and active participation from his troops when the BPPO launches the driving program.

“There are several instances in life that require this skill of a driver so it is imperative that you know how to drive and you should have a driver’s license,” Cabal said. (R. Tutas)