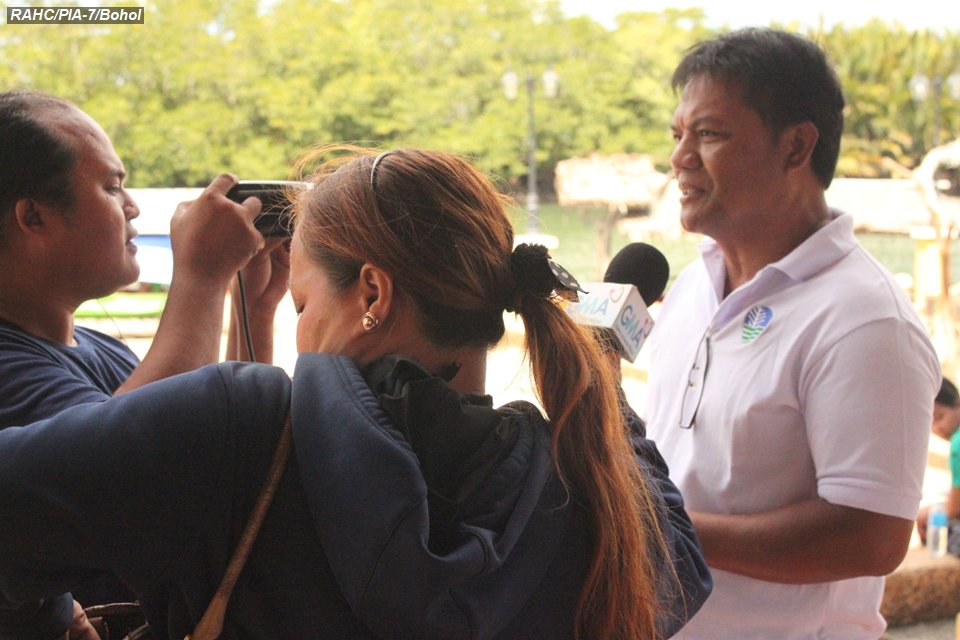 The Department of Environment and Natural Resources (DENR) has put on old the implementation of the entrance fee collection at the Bilar Man-Made Forest amid confusion on the issue and outcry against it from various sectors of the public.

Provincial Environment and Natural Resources Officer (PENRO) Charlie Fabre said that he issued the order on Tuesday placing the fee collection “on hold” pending a meeting on Friday which will be attended by Capitol officials and stakeholders in the tourism industry including tour operators and guides.

The temporary stoppage may last to up to two months depending on the resolution of the issues that beset the fee collection.

The meeting which will be held at Reyna’s Garden in Tagbilaran City at 1 p.m. is intended to “iron out” the mechanics of the fee system which has drawn criticisms from the public.

According to Fabre, he will take into consideration points that will be raised during the meeting and relay them to the Protected Area Management Board (PAMB) of the Loboc Watershed Forest Reserve (LWFR) which includes the man-made forest that straddles the towns of Bilar and Loboc.

The fee system at the LWFR was imposed through a resolution passed by its PAMB in June last year in accordance with DENR Administrative Order (DAO) 2016-24 which was issued during the term of the late former Environment Secretary Gina Lopez.

DAO 2016-24 amends DAO 1993-47 and implements a uniform fee rate of P30 for adults, P15 for students and senior citizens and P100 for foreigners for all protected areas in the country.

The DENR will also discuss where the revenues from the fees will go for transparency.

Fabre earlier explained that 75 percent of the revenues from the fees will go to the DENR but under the disposal of the PAMB for implementation of projects in accordance with the government’s general management plan while the 25 percent goes to national coffers.

Meanwhile, Fabre welcomed a Provincial Board (PB) member’s call for an investigation on the implementation of the fee system.

He said that he merely implemented what was ordered by the PAMB which is composed mostly of elected officials including the governor.

Ex-officio PB Member Jescelo Adiong on Tuesday expressed dismay over the issue and asked for an inquiry to be conducted in aid of legislation.

Adiong called out Fabre for seemingly “bragging” that Negros Oriental was making more from environmental fees than Bohol.

Fabre noted that Negros Oriental was making over P16 million from environmental fees annually while Bohol made less than P2 million each year through Cabilao Sandingan Islands and Rajah Sikatuna Protected Landscape whose respective PAMBs previously passed a resolution implementing the fee system.

According to Fabre, the imposition of the fee system in Negros Oriental initially met opposition as well but this was later addressed after a proper information campaign.

The Department of Environment and Natural Resources (DENR) has ordered the closure of an open dumpsite in Guindulman town. Provincial…

Landslides have been reported in two hinterland barangays of Duero town Wednesday induced by heavy rains brought by Typhoon “Leon.”…

Boardwalk through mangrove forest in Albur gets DENR green light