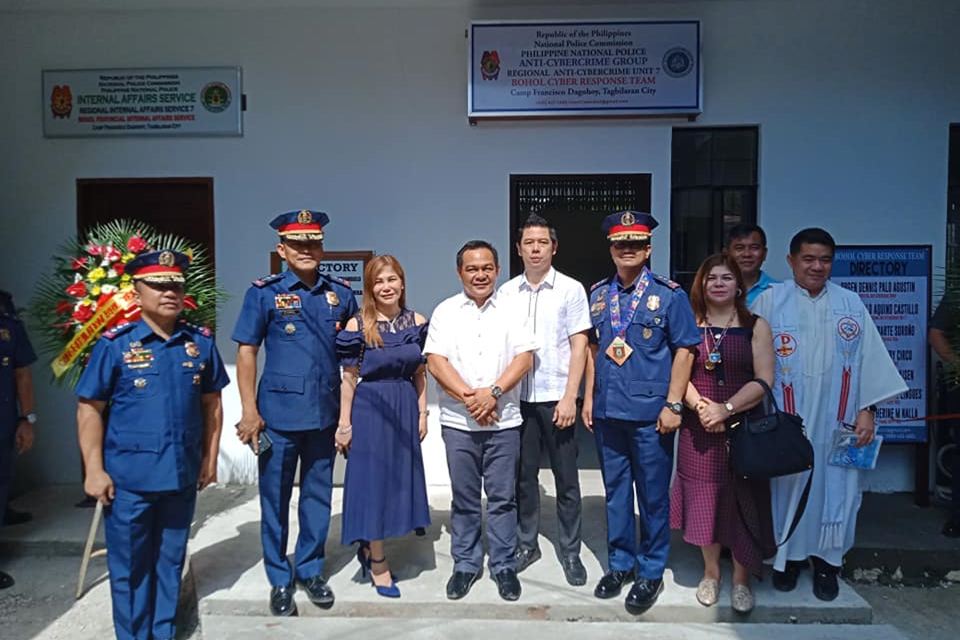 The anti-cybercrime unit in Bohol is a pilot program initiated by Agustin who is a former BPPO director. While ACG units have regional offices across the country, the satellite office in Bohol is the first of its kind at the provincial level.

“The BPPO is very delighted of this program initiated by the chief of the ACG who is the former PD [provincial director] of Bohol Brig. Gen. Dennies Agustin…He made sure that Bohol will be the first province that will have a satellite office. That’s how much he loves the province as we all know,” said Cabal.

According to Provincial Board Member Ricky Masamayor, who also joined the ceremonies, fund for unit’s the new office was previously allocated through then-first district representative Rene Relampagos, who is now acting governor.

The establishment of the Bohol anti-cybercrime unit comes amid a surge in internet crimes across the country.

Most of the cases being investigated in 2018 were online libel at 1,041 cases.