TaRSIER 117 to get mobile command center next month 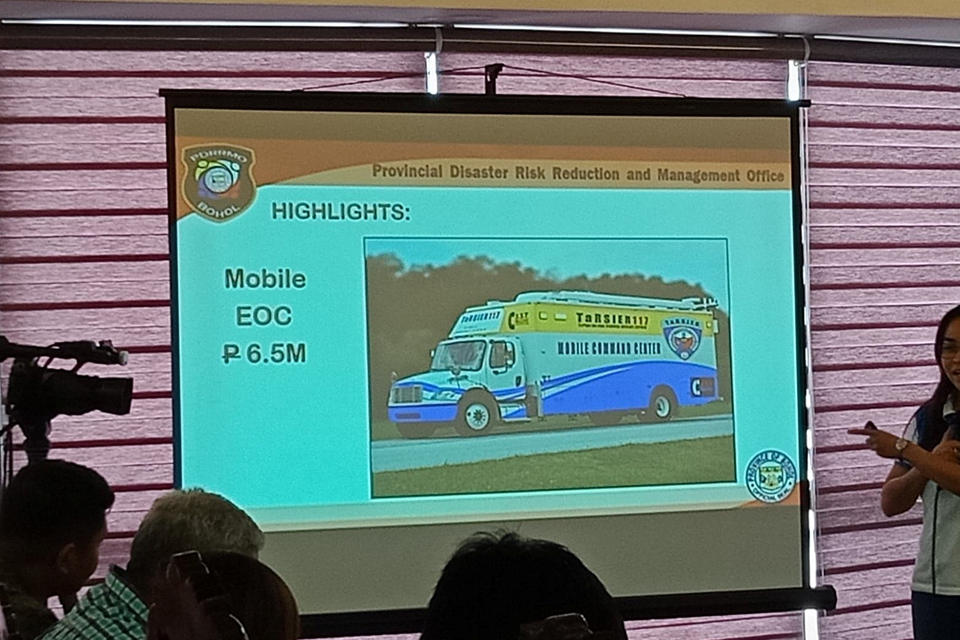 TaRSIER 117 to get mobile command center next month

The TaRSIER 117, Bohol’s emergency response unit, is set to acquire a P6.5 million mobile command center as part of efforts to boost the province’s preparedness against disasters.

The vehicle is replete with communications devices, computers and flat screen monitors, among other equipment and a conference area. It is the first of its kind owned by a local government unit in Central Visayas.

According to Damalerio, the vehicle may be used during disasters and emergency situations for meetings among government officials, the military, police and emergency response units near the site of the affected area.

Assembly of the mobile command center which is being done in Manila is about “70 percent” done and it is set for turnover next month.

Yap deemed the vehicle’s acquisition as “critical” in emergency and disaster response.

He said that he is planning the purchase of additional communications devices capable of transmission when cellular sites and other local connectivity facilities bog down during disasters.

“This mobile command center has the ability to connect, to open up when communication signals are down,” he said.