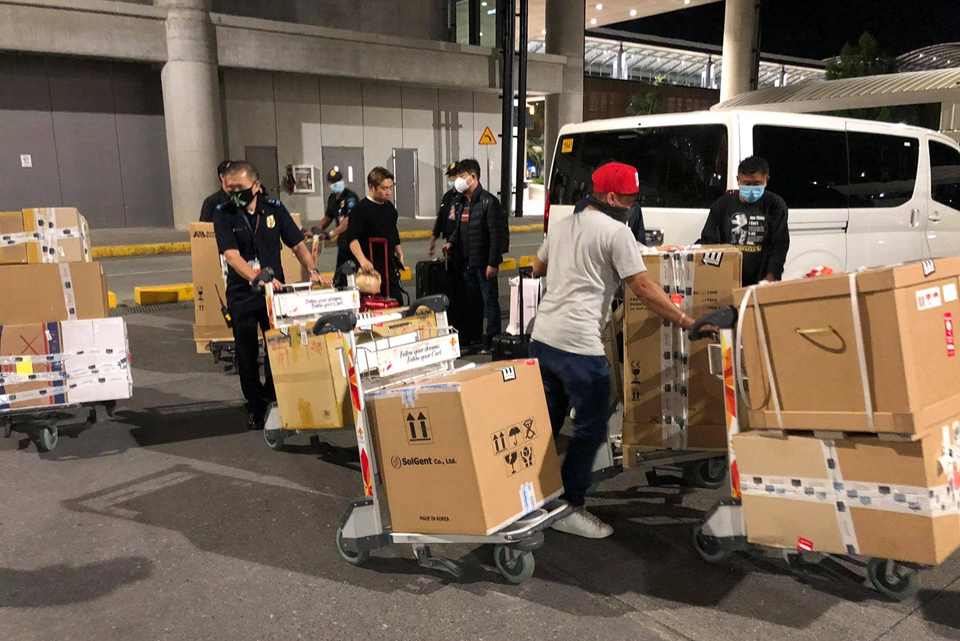 In a statement issued Friday, Presidential Assistant for the Visayas Michael Dino said that a total of 20,000 kits were purchased by his office while another 20,000 were procured by Cebu City Mayor Edgar Labella.

According to Dino, the test kits were flown in from South Korea.

Some 20,000 kits will be allotted for Cebu City while the remaining half will be for the rest of the 16-province Visayas region which has a population of around 18 million people.

Testing will be done at the Vicente Sotto Memorial Medical Center (VSMMC), which is the only COVID-19 proficient molecular testing government facility in Central Visayas.

The VSMMC has a newly activated subnational laboratory to test suspected cases of the COVID-19.

“Patients who are tagged with influenza-like illness (ILI) and severe acute respiratory infections (SARI) are the priority for testing,” Dino said.

Previously, Bohol health authorities had to transport samples to the Research Institute for Tropical Medicine (RITM) in Marikina City by plane but this was stopped on Monday after both Metro Manila and Bohol were placed under community quarantine.

Some swab samples which were collected this week had to be flown via chopper to Cebu then transferred to a Manila-bound C130 military cargo plane before it could reach the RITM.

Doctor Yul Lopez of the Provincial Health Office earlier admitted that it was no longer ideal to solely rely on the RITM for testing as the facility has been swamped with testing samples from across the country amid the growing COVID-19 threat.