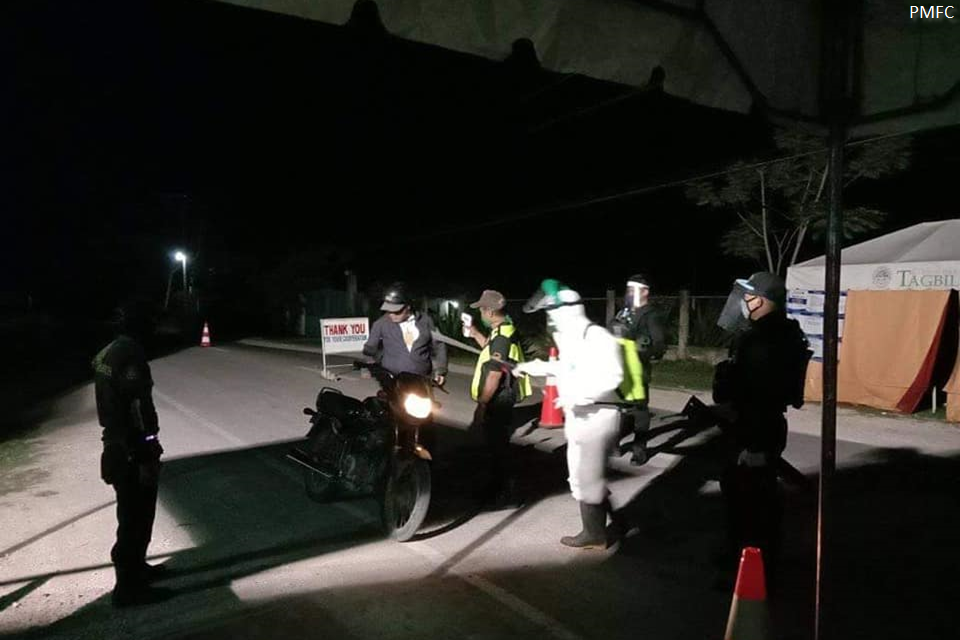 Crime incidents in Bohol plummeted by 37 percent after the implementation of a community quarantine and several other measures in the province to fend off the fast-spreading coronavirus disease which has wreaked havoc the world over.

Data from the Bohol Provincial Police Office (BPPO) showed that crime incidents dropped from 430 in the first 15 days of March to 268 from March 16 to 31, or when the community quarantine was imposed by the provincial government.

Governor Arthur Yap on March 16 implemented the community quarantine which barred all air and sea travel into the province. Just days after, he ordered the cancellation of classes in all levels, an eight-hour curfew, and a calibrated lockdown which only allows one member per household to go out and buy essential goods.

According to the BPPO, peace and order incidents dropped from 287 in the first 15 days of March to 197 from March 16 to 31 while public safety incidents plummeted from 143 to 71.

The same data from the BPPO also showed the number of incidents of the following “focus” crimes:

Following the implementation of the community quarantine and curfew in Bohol, BPPO director Col. Jonathan Cabal projected that the measures will not only prevent the spread of the dreaded virus, but also curb criminality including the narcotics trade.

“We are expecting a drop of crime incidents kasi wala ng mag-iinuman sa labas, wala ng masyadong mag-motor na lasing—it will be a very good atmosphere for the province,” he said.

However, Cabal assured that there will be no letup in the campaign against the illegal drug trade with anti-drug operations still being relentlessly implemented even amid the community quarantine in the province.

In the past month, Yap implemented several drastic measures to impede the spread of COVID-19 in the province including a month-long suspension of classes, a curfew, the prohibition of travel into the province, shutdown of non-essential businesses and the issuance of home quarantine passes which limits the number of persons outside of houses. (A. Doydora)