50 Army reservists deployed in Tagbilaran to aid in quarantine efforts 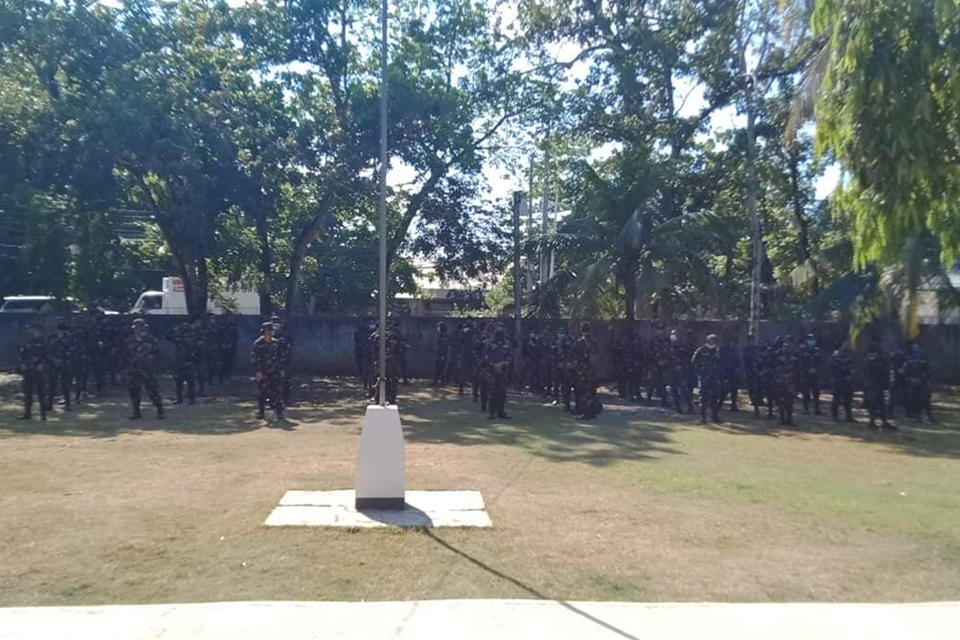 50 Army reservists deployed in Tagbilaran to aid in quarantine efforts

Some 50 Philippine Army reservists are set to be deployed in Tagbilaran City to assist the Philippine National Police and the army’s 47th Infantry Battalion in implementing quarantine measures in the province’s capital amid the coronavirus disease (COVID) 19 threat.

According to Major Frederick Marquez, commander of the 702nd Bohol Community Defense Center – Army Ready Reserve Command, the deployment was set through the request of the Tagbilaran City local government unit.

Meanwhile, 10 Army reservists were also deployed to the island barangay of Cuaming in Inabanga. Those stationed in the village are residents in nearby towns.

The LGU of Inabanga earlier reported that there were 15 persons under investigation for suspected COVID 19 infection in the island but test results released on April 12 indicated that they were all negative for the disease.

Marquez said that his troops who are volunteers are being given a P150 daily allowance by the LGU.

He assured that the reservists are well equipped with personal protective equipment such as masks and face shields which they got through donations from non-government organizations.

The 702nd Bohol Community Defense Center has more troops who are ready to be deployed upon the request of LGUs to support their quarantine efforts.

Marquez said that they have a full battalion with personnel of up to 300. So far, 90 of them have reported to their headquarters in Camp Esteban Bernido in Tagbilaran City. (A. Doydora)

The upgrading of the Albur Port is being eyed to support traffic at the Tagbilaran City Sea Port. The vision…

Rene claims statements on vehicle purchase ‘taken out of context’

Balite remains firm on stand vs purchase of vehicles amid pandemic

A bill now under deliberation in Congress seeks to legitimize the operation of habal-habal as public transport in order to protect operators, drivers and…