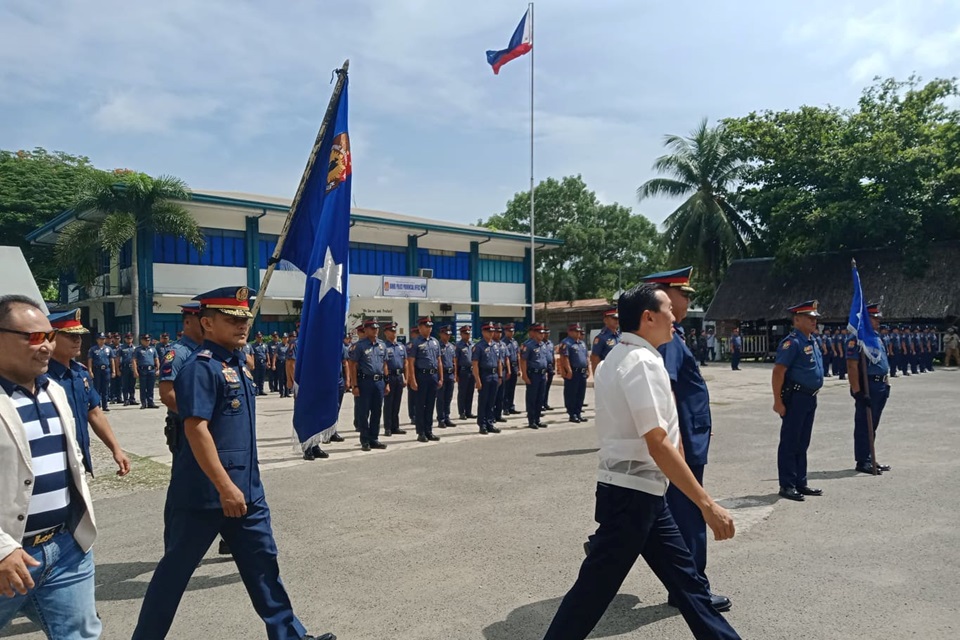 A new police official will take over as director of the Bohol Provincial Police Office (BPPO) on Monday replacing Colonel Jonathan Cabal who was the province’s top cop starting August last year.

Colonel Joselito Clarito will sit as BPPO chief after Cabal was promoted as acting chief of regional staff of the Police Regional Office 8. Cabal’s new post is the fourth highest rank in a police regional office while PRO 7 director Brig. Gen. Ignatius Ferro also confirmed that the reassignment is indeed a promotion.

Meanwhile, Clarito who will be transferring from Camp Crame’s Drug Enforcement Unit (DEU) will be undergoing a 14-day quarantine as he arrives in Bohol from Manila.

Cabal who has been Bohol’s chief of police for nine months was grateful for the promotion but noted that he would have wanted to stay longer in the province amid challenges faced by the local police force particularly in keeping the island safe from the coronavirus disease 2019 which has been wreaking havoc the world over.

“How I wish na I could have served the governor and ang ating bayan ng Bohol better and more because right now we are facing several challenges. I would have wanted na nag-continue pa yung service ko,” he said.

Cabal nonetheless noted that the order for his transfer which came from the national police command in Camp Crame is a “welcome development” as he expressed gratitude for the upward movement in his career.

“Siguro nakita nila on their own na qualified na ako and I’m better suited to be the chief of staff,” he said. “I thank the chief PNP for giving that support and trust na I could carry on my work in PRO 8.”

Cabal is no stranger to holding a regional role as he has been the PRO 7’s logistics and intelligence chief before being assigned as BPPO director.

As Bohol’s top cop, Cabal was noted to have heavily boosted the campaign against narcotics trade.

Data from the BPPO showed that the province’s various police stations and units made 732 arrests through 572 anti-drug operations in 2019, higher than the number of operations conducted in 2018 at 361 which resulted in the apprehension of 341 individuals.

The increase in the number of apprehensions against drug suspects in 2019 marked a whopping 114-percent growth compared with the 2018 figure.

Although Cabal was only police director starting August 2019, data showed that more than half of the arrested suspects in 2019 at 417 people were collared under his watch in just five months from August to December.

In 2017, Cabal played a crucial role in hunting down the 11 Abu Sayyaf bandits who slipped into the province through Inabanga.  He was the chief of the Regional Intelligence Division 7 during the month-long manhunt operations against stragglers of the group.