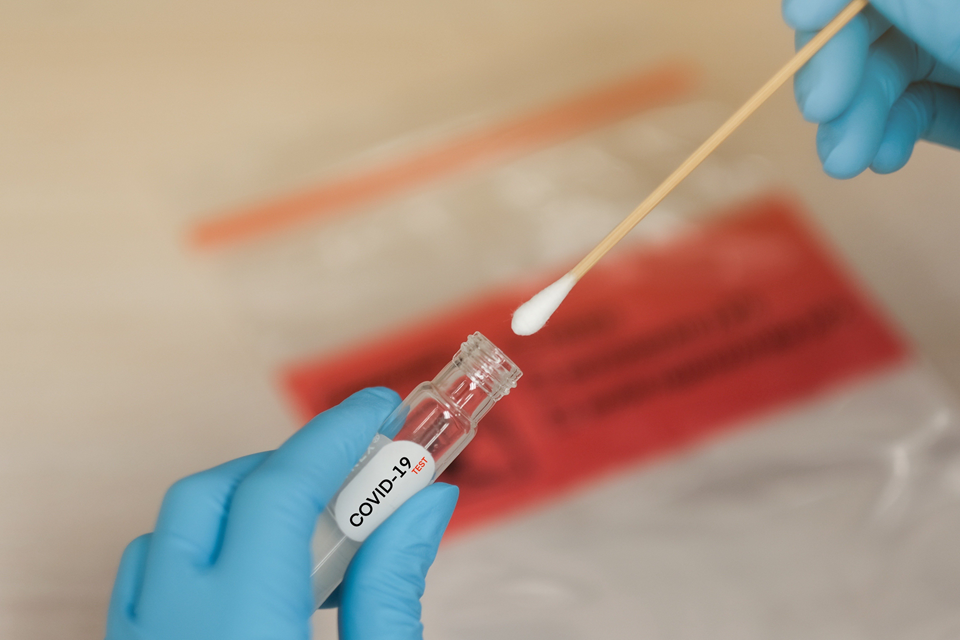 All 65 overseas Filipino workers (OFW) quarantined in the province will undergo another polymerase chain reaction or PCR – based test today as the Capitol confirmed two “probable” coronavirus disease (COVID) 19 patients among the group.

The Department of Health (DOH) had earlier reported that two persons in the province, who were later identified to be among the returning OFWs, tested positive in a PCR test but the results were refuted by the provincial government, deeming the findings inconclusive considering that both tested negative twice in previous rapid testing.

Assistant provincial health officer Dr. Yul Lopez, the Capitol’s spokesperson on COVID-related issues, said that the follow-up PCR testing would determine if the province is indeed still free from active cases of the disease.

Results may be released two to three days after swab samples taken from the OFWs are submitted to the Vicente Sotto Memorial Medical Center in Cebu.

Health authorities have repeatedly noted that PCR tests are more reliable than rapid testing with Lopez himself earlier saying that the former is the “gold standard” in COVID-19 testing.

Both of those who tested positive came from the United States, one of the most heavily hit nations by the pandemic, and were about to board a cruise ship as crew members but were instead told to return home as the virus started to wreak havoc in the US.

According to Lopez, the OFWs had undergone at least 28 days of quarantine in the Philippines but none have shown symptoms.

International health experts however have long suggested that many of those infected with COVID-19 are asymptomatic or will not manifest symptoms but can still be carriers of SARS-CoV-2, the virus which causes the highly contagious disease.

Lopez also suspected that those detected in the tests of the two COVID-positive OFWs may only be “remnants of the virus” in their bodies.

Lopez called for calm and sobriety among the public as he assured that health authorities have been following stringent protocols in handling all OFWs, particularly the two who were deemed “probable” infected patients, saying they were all handled as COVID-19 positive.

All 65 OFWs are being quarantined in three facilities—the Mercedarian Retreat House in Dauis, Crabhouse hotel in Tagbilaran City and Roman Empire resort in Panglao.

Meanwhile, five other OFWs who were noted to have shown symptoms of the disease including cough and cold have started to “feel better.” They were also found negative in all of the COVID-19 testing done in the past weeks.

Governor Arthur Yap in a letter to national authorities including Interior Secretary Eduardo Año and Sec. Carlito Galvez, chief implementer of the Philippines’ Declared National Policy Against COVID-19, appealed for the suspension of entry of OFWs into the province while results of the PCR tests are still awaited, said Lopez.

Yap also asked for more stringent protocols in allowing the travel of OFWs including the requirement of a Department of Health certification proving that they have undergone a 14-day quarantine in their places of origin and have tested negative in a PCR test.

Previously, OFWs who were allowed to travel to their hometowns only underwent rapid testing in their places of origin in the country such as Cebu and Metro Manila.

OFWs who have been stranded in Manila were recently allowed to return home to their provinces as part of efforts to ease the strain on the National Capitol Region’s healthcare system and to curb the spread of COVID-19 in the region where most of the country’s cases of the disease are reported.