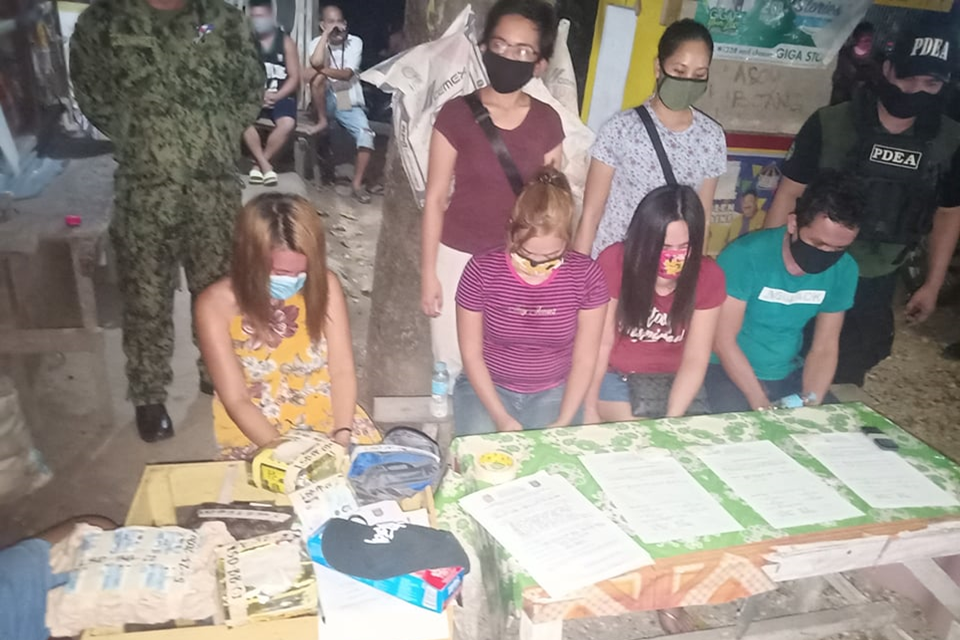 A total of P40 million worth of shabu were seized by police in two connected anti-drug operations in Tagbilaran City and Talibon on Monday in what have been the largest drug busts in Bohol in recent years.

An intelligence police officer who spoke on condition of anonymity confirmed this to the Chronicle.

According to separate police reports, four kilos of shabu worth over P27 million were seized by police in a drug bodega in Barangay Tanghaligi in Talibon owned by one Jaime Dajao, 44, while the other two kilos or P13 million worth of drugs were found in the possession of his wife Lelit in Barangay Dampas in Tagbilaran.

Police first arrested Lelit through a buy-bust operation in Barangay Dampas in Tagbilaran City at 5 p.m.

Apprehended along with Lelit was Humpry Cenabre of Inabanga, Janelyn Matura of Dauis and Chellomae Pesquera of Inabanga. All four suspects were riding a Toyota Altis when they were subjected to a drug sting.

Her arrest later led to the operation against Jaime in Talibon where police led by Captain Gereon Item and Lt. Colonel Bernard Dasugo of the Provincial Intelligence Branch found four kilos of shabu.

Jaime allegedly sold shabu worth P2.9 million during a drug transaction staged by authorities leading to his apprehension at past 6 p.m.

The couple is now under police custody and set to be presented to the media by the Police Regional Office 7 at Camp Francisco Dagohoy in Tagbilaran City later in the day.

Authorities have refused to divulge further information on the couple before the media presentation. (Allen Doydora, Weli Maestrado)