Manhunt on for ex-military gunman in Tagbilaran double-murder 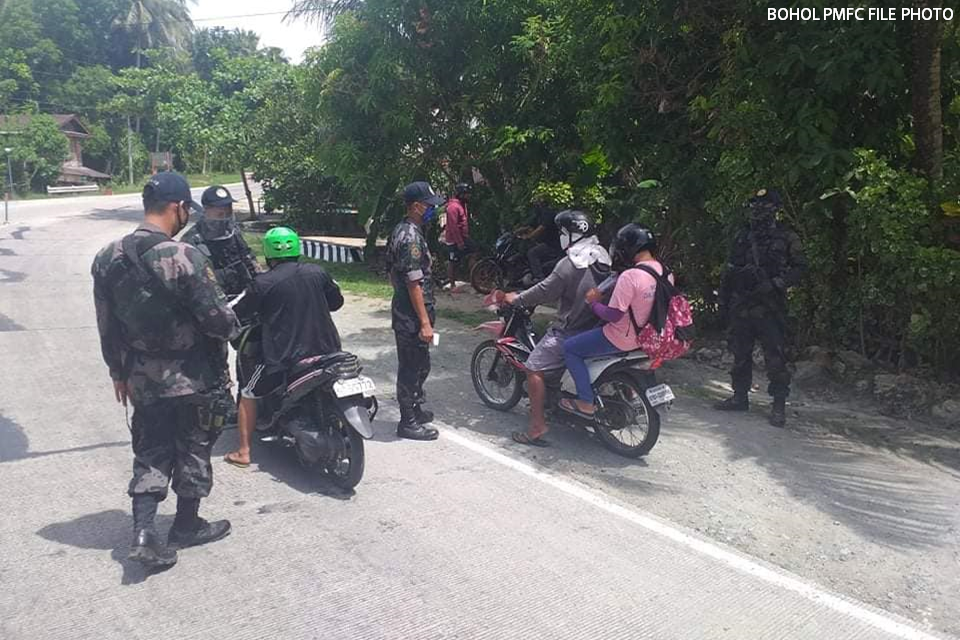 Manhunt on for ex-military gunman in Tagbilaran double-murder

Police in Tagbilaran City are still on the hunt for the retired Philippine Army soldier who allegedly shot dead a barangay councilor and his nephew in Barangay Mansasa on Monday morning.

According to Tagbilaran City Police Station chief Lt. Col. Mary Crystal Peralta, they broadened their search for Theodorico Linghon, 65, reaching the outskirts of the city and nearby towns including Dauis and Panglao.

Peralta also asked Linghon’s family to urge the former soldier to surrender and face the charges against him. His daughter tried to call him but he could not be contacted after the gun attack on Monday morning.

According to police, Linghon also shot at Paul Nino Pahang, 30, and his wife Janice Pahang, 33, during the altercation but both were unscathed.

Peralta said that Linghon who is at large may still be armed as they did not find the murder weapon at the crime scene.

Police are also still investigating the reason behind the fatal attack against the Pahangs, although earlier reports indicated that the family had been engaged in a longstanding rift against Linghon due to a property encroachment dispute.

Meanwhile, the police has tightened monitoring around the residence of the Pahangs to ensure their safety as the suspect remained at large.

Langhon’s 68-year-old wife who was “in shock” was moved out of their house and was taken to her daughter’s residence in an interior town to rest.

“Nerbyos yung matanda kahapon because nandoon siya noong mangyari ‘yon, so good thing she is stable na because yesterday we could not talk to her properly kasi under shock siya,” Peralta said.

Peralta noted that Linghon was known to be a quiet a person who kept to himself and barely went out of his house.

He is a native of Iloilo who settled in Bohol after marrying his Boholana wife. (R. Tutas)

Former Bohol officer-in-charge (OIC) governor Victor De La Serna has passed away at the age of 78. He died at…

Locally Stranded Individuals (LSI) in Bohol will no longer have the option to undergo home quarantine. League of Municipalities of…