Topic |
•Authorities first fed the Badjaos who were hungry after travelling all the way from Palawan before they turned them over to the Dauis local government unit for quarantine
June 11, 2020 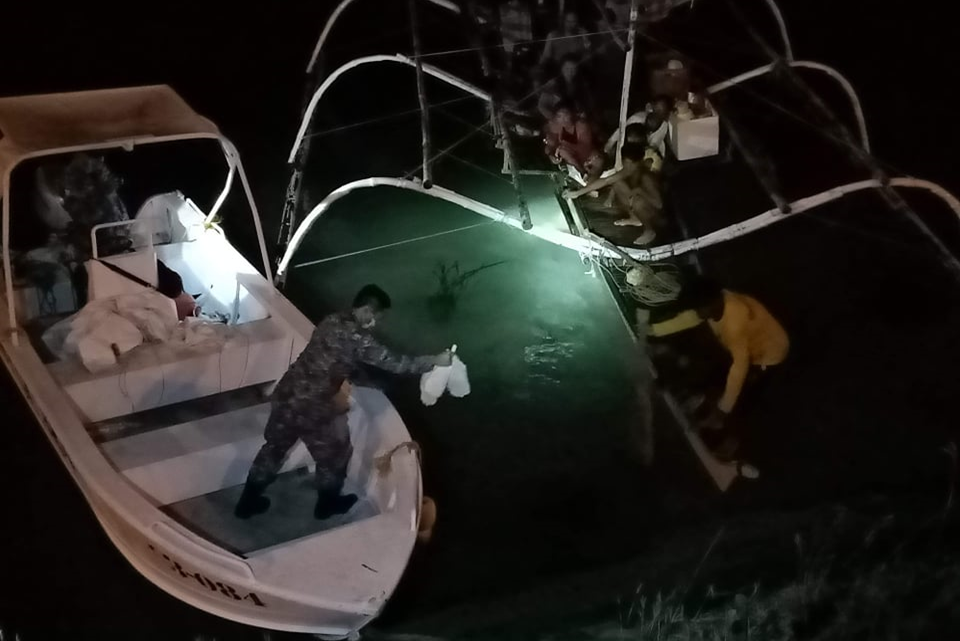 The Philippine Coast Guard (PCG) intercepted a boatful of Badjaos including minors trying to illegally enter the province which is still under general community quarantine (GCQ).

The Badjaos who travelled all the way from Palawan had no authorization to enter the province while their boat was unregistered, said Yu.

Authorities first fed the Badjaos who were hungry after travelling all the way from Palawan before they turned them over to the Dauis local government unit for quarantine.

The intercepted individuals were supposedly headed towards the Badjao Community in Barangay Totolan, Dauis.

According to Yu, they were anticipating the arrival of the Badjaos through information gathered from the wife of one of the persons on the intercepted boat.

The Badjaos, some of whom are residents of Dauis town, went to Palawan to work but they eventually ran out of food due to the pandemic, prompting them to return to Bohol.

Yu said that although they were only held in a quarantine facility they may still be charged for violating the province’s quarantine policies.

The PCG meanwhile took custody of the motorbanca which was found out to be unregistered. (A. Dodyora)