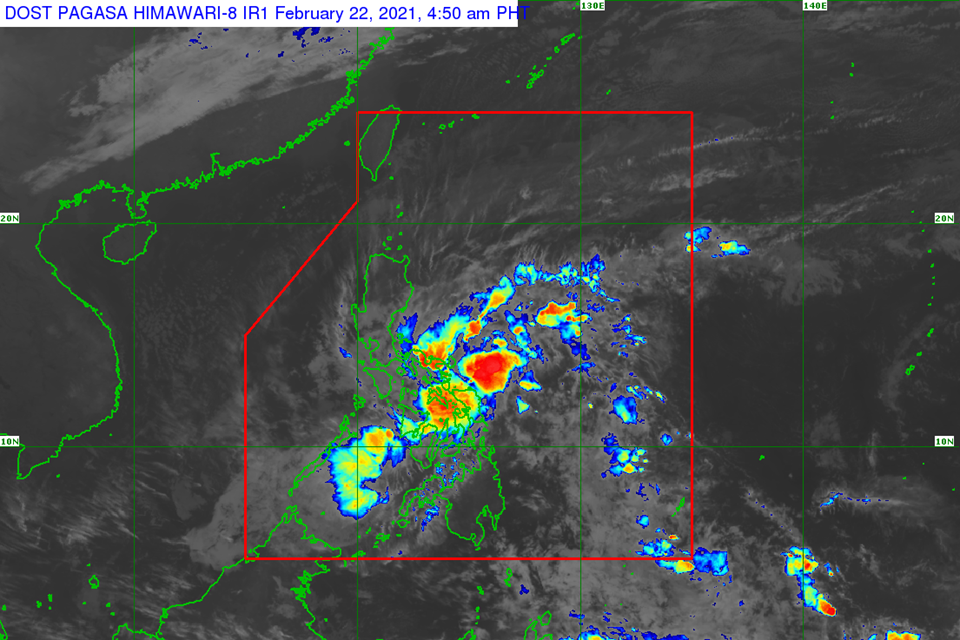 Weather disturbance “Auring” which earlier weakened into a tropical depression continued to veer away from Bohol early on Monday.

Auring has been projected to no longer make landfall over Bohol, based on the latest forecast track issued by the Philippine Atmospheric, Geophysical and Astronomical Services Administration (PAGASA) at 5 a.m.

However, the entire province remained under Storm Signal No. 1.

Moderate to heavy rains were still expected over Bohol and the rest of the Visayas.

“Under these conditions, scattered flooding, including flash floods, and rain-induced landslides are likely during heavy or prolonged rainfall especially in areas that are highly or very highly susceptible to these hazards as identified in hazard maps,” the state weather bureau said.

According to PAGASA, Auring was located 195 km east of Maasin City, Southern Leyte as of 4 a.m.

It was packing maximum sustained winds of 45 kph near the center and gustiness of up to 55 kph and was traveling west northwestward at 15 kph.

Auring first weakened into a tropical depression late Sunday night an continued to deteriorate in intensity throughout the wee hours of Monday.

“Post-landfall, Auring is forecast to weaken considerably due to significant terrain interaction and the increasing wind shear, leading to deterioration into a remnant low within 24 hours, possibly sooner,” PAGASA said.