Bohol to require 1 negative PCR result for entry, other tests to be waived

Bohol to require 1 negative PCR result for entry, other tests to be waived

The provincial government is set to further relax entry protocols in Bohol as authorities intend to only require a single negative RT-PCR result of a test done 72 hours prior to arrival, waiving the need to undergo additional testing while already in the province.

This was confirmed to the Chronicle by Provincial Administrator Kathyrin Pioquinto on Wednesday afternoon.

According to Pioquinto, Governor Art Yap will be issuing a new executive order to amend the current entry protocols.

Those who do not have a negative RT-PCR test result prior to departure will be tested upon arrival in Bohol.

Pioquinto said the arriving individual without a negative test result will be swabbed and quarantined by the receiving local government unit.

Quarantine will last until a negative PCR test result is released.

Currently, those who will stay in Bohol for more than three days will be required to undergo repeat testing on their fourth day.

The additional testing is done on top of the first test conducted prior to arrival or upon entry into the province. (R. Tutas) 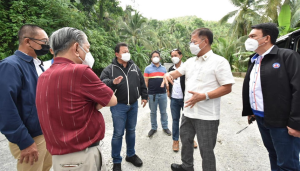 The Commission on Higher Education (CHED) 7 on Monday launched in Bohol its vaccination program for students, teachers and other… 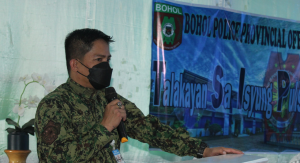