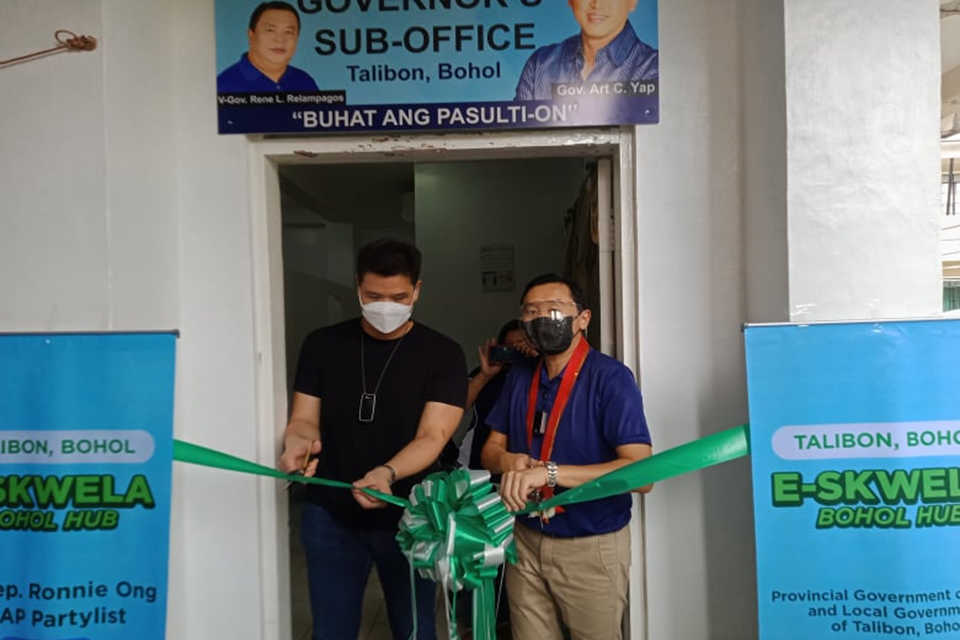 The Ang Probinsiyano Partylist in coordination with the provincial government started on Thursday the launching of “E-Skwela Hubs” in four towns in Bohol as part of efforts to increase accessibility of computers and the internet for distance learning.

According to Ong, anyone can use the hubs including students, teachers and even parents.

The computers may be used for free but only for educational purposes and not for playing games.

On Friday, E-Skwela Hubs in Jagna and Carmen will also be inaugurated.

The program is being launched by the Ang Probinsyano Partylist in partnership with Frontrow Philippines.

Ong said they plan to expand the project and reach more localities across the country.

Following the launching of the hubs in Ubay and Talibon, Ong handed out financial aid worth P2 million to senior citizens in Anda. (R. Tutas)