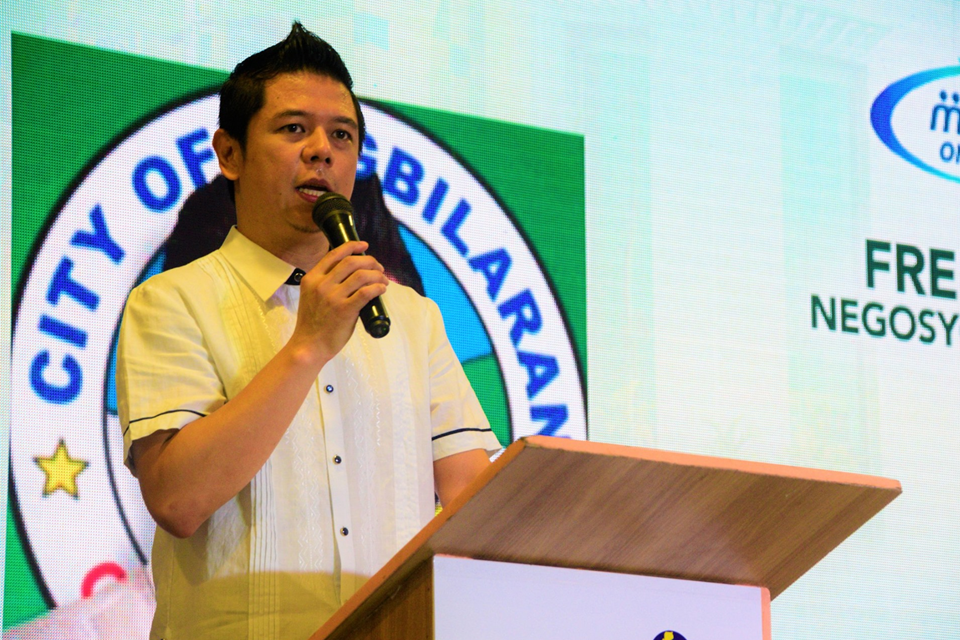 The city government is ready to receive Pfizer BioNTech vaccines once the Department of Health will allocate some vaccines for Bohol following the arrival  yesterday of its deep freeze refrigeration equipment.

He confirmed this newly acquired refrigeration unit which maintains a negative 80 degrees Celsius temperature can stock 6,000 vials or 108 liters of Pfizer vaccine which has five doses per vial. Potentially, therefore, these can vaccinate about 30,000 persons.

He informed yesterday DOH Regional Director Bernadas of the city government’s capacity to store Pfizer vaccines. The DOH official will send his staff to inspect the newly acquired cold storage facility while he asked the mayor to assign a permanent and alternate operator who will act as manager of the cold chain management team.

The disclosure of the city mayor was welcomed by residents after the Provincial Government categorically said that it has no ready storage facilities for Pfizer vaccines.

During Friday’s press conference, Gov. Art Yap said “Bohol is not spending millions on ultra-cold storage facilities for Pfizer-BioNtech’s vaccines which could cost tens of millions of pesos.”

He said that instead of spending for these storage facilities, the Captiol will spend on the purchase of more vaccines.

Dr. Yul Lopez, in an earlier interview said that Bohol will not be allocated with Pfizer vaccines since the government will distribute them only in Manila, Cebu and Davao.  He described how expensive and delicate to handle Pfizer vaccines.

Gov. Yap’s pronouncement of not spending millions for the Pfizer vaccine refrigeration met mounting criticism from netizens amidst the much publicized move to purchase brand new SUV vehicles amounting to P24 million for the members of the SangguniangPanlalawigan.

The governor in fact asked the nod of the Department of Interior and Local Government for the acquisition of the brand new vehicles.

In supporting his stand of not spending for the refrigeration for Pfizer vaccines the governor quoted vaccine czar Sec. Carlito Galvez saying “Bohol is not a center of gravity for distribution of Pfizer vaccines. Deep freeze vaccines are only for NCR, Cebu City and Metro Davao. “

The Tagbilaran mayor told the Chronicle that upon arrival of the Pfizer vaccines, city residents will be inoculated starting with the senior citizens andTagbilaran-based medical frontliners not yet vaccinated.

Prior to the arrival of the super low cold storage facility, the city also acquired last March a negative 40 degrees refrigeration which can still store Pfizer vaccines for not more than 5 days.

Last week, the Philippines received  its first batch of Pfizer vaccines comprising 193,050 doses which were provided for free by the World Health Organization-led COVAX facility.  Another 2.2 million more doses of Pfizer will be received through COVAX facility by the end of this month, Sec. Galvez announced.

The Gov. CelestinoGallares Memorial Hospital has its low refrigeration facility which can likewise accommodate Pfizer vaccines, according to Dr. Lopez who was just informed of the acquisition made by the Department of Health.

Dr. Kismet Macuno, hospital chief, has not issued a confirmation on the said refrigeration facility at the hospital when texted by the Chronicle last night.

Dr. Lopez told the Chronicle yesterday that it was just last Friday that he was informed by Dr. Macuno of the said low refrigeration facility which can likewise accommodate Pfizer vaccines.

Earlier, Dr.Lopez released a statement explaining the inability of the provincial government to handle the stringent requirements of the transportation, storage, and distribution of Pfizer-BioNTech COVID-19 vaccines.

He strongly explained to the public that the Capitol will not spend millions for the needed refrigeration for Pfizer vaccines since the said Covid-19 vaccine is so delicate to handle citing that even its movement in transporting the vaccines can lessen the vaccines’ efficacy.