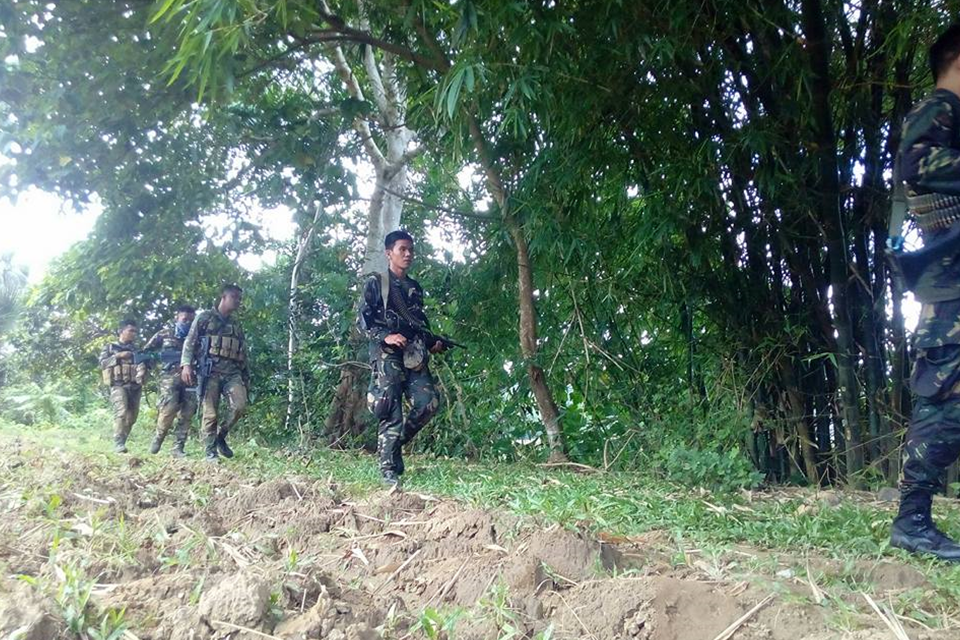 A gun battle between the Philippine Army and an estimated 11 suspected members of the New People’s Army (NPA) erupted in Bilar town at around 5:20 a.m. on Tuesday.

Remonde said the clash started in the forest area of Barangay Cabacnitan but noted that the clash site is not far from the village’s highway.

According to Remonde, personnel of the 47th IB’s Alpha Company assigned at the PA Special Forces Riverine School were conducting patrols in Barangay Cabacnitan when they encountered the armed men who were likely to be communist guerillas.

Meanwhile, two other companies under the 47th IB have been deployed to secure areas where the rebels are likely to flee.

The PA has yet to get reports from the field to confirm if there have been casualties on both sides.

She said they have been having difficulty with communications due to the weak signal in the area. (R. Tutas)