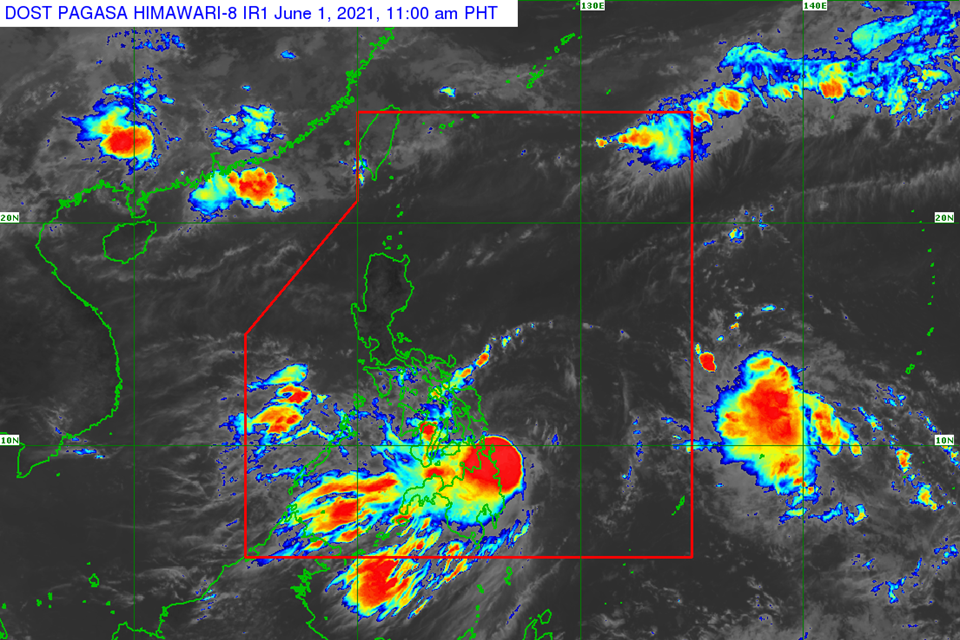 Signal No. 1 was hoisted over Bohol on Tuesday morning as Tropical Storm Dante continued to move westward over the Philippine Sea, the state weather bureau said on Tuesday.

In its bulletin issued at 11 a.m., the Philippine Atmospheric, Geophysical and Astronomical Services Administration  (PAGASA) said the center of the cyclone was estimated to be located 235 km East of Maasin City, Southern Leyte based on all available data.

The storm was packing maximum sustained winds of 75 kph near the center and gustiness of up to 90 kph.

The tropical cyclone was moving westward at a speed of 25 kph.

According to PAGASA, moderate to heavy rainfall was expected in Bohol.

In a separate bulletin, PAGASA said that a yellow rainfall warning was raised over the entire province.

“Flooding is possible in low-lying areas and landslides in mountainous areas,” PAGASA said.

Dante was expected to move “generally west northwastward or northwestward” until Wednesday night.

It was seen to make initial landfall over Eastern Samar or Leyte between Tuesday afternoon and evening.

“However due to the movement of the storm over the past 3 to 6 hours, there is an increasing likelihood that “DANTE” will move more west northwestward or westward in the near-term, which may bring the area of initial landfall over Leyte or Dinagat Islands-Siargao Islands area,” PAGASA said.

The tropical storm will likely maintain its strength prior to landfall and may weaken to a tropical depression on Friday.