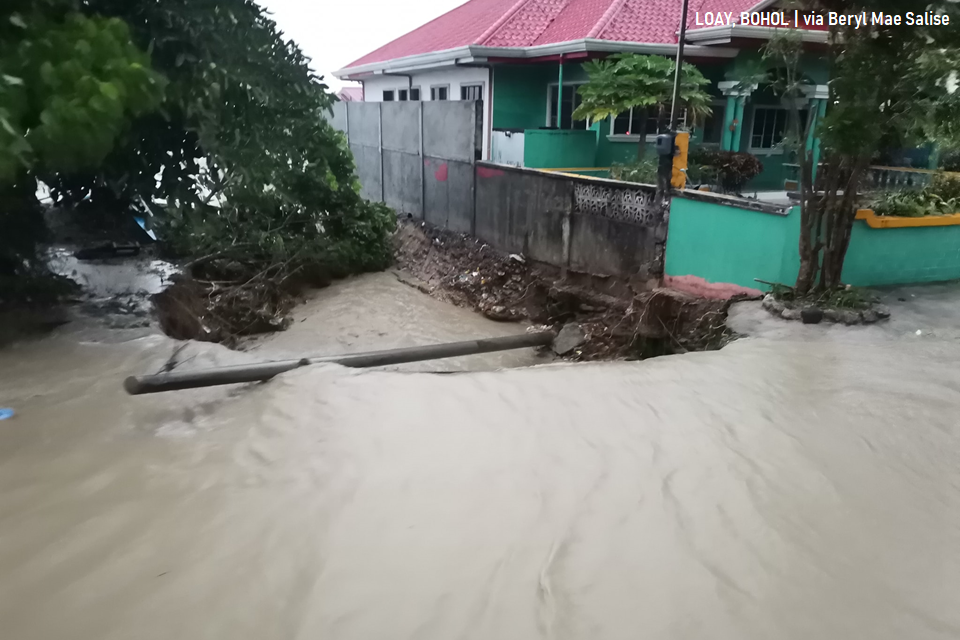 No casualty from Tropical Storm “Dante” was reported in Bohol as of Wednesday morning, but heavy rains brought by the cyclone inundate swaths in the island and caused landslides in some mountainous areas.

However, flooding hit various towns including Loboc, Cortes and Lila, while landslides were reported in Loboc.

According to Damalerio, 82 families from four municipalities including Candijay, 14; Loboc, seven; Balilihan, eight; Lila,20; and Loay, 33, were evacuated on Tuesday.

Some families however were able to return to their homes in the evening of the same day.

Meanwhile, the PDRRMO continued to gather information from various towns to determine the cost of the damages caused by the storm.

Bohol was placed under Storm Signal No. 1 by the Philippine Atmospheric, Geophysical and Astronomical Services Administration (PAGASA) on Tuesday morning but it was fully lifted at dawn on Wednesday.

Still, the state weather bureau’s forecast in it’s 8:00 a.m. bulletin indicated that moderate to heavy with at times intense rains over Bohol are to be expected.

Amid the soaring number of COVID-19 cases in Bohol, Governor Art Yap on Friday said that he is in favor…

Signal No. 1 was hoisted over Bohol on Tuesday morning as Tropical Storm Dante continued to move westward over the…

NOTE: THIS STORY WAS FIRST PUBLISHED IN THE BOHOL CHRONICLE’S SUNDAY PRINT EDITION. The Commission on Audit (COA) called the…

The spate of killings in Bohol continued as three lifeless bodies were found in the towns of Dimiao, Duero and…