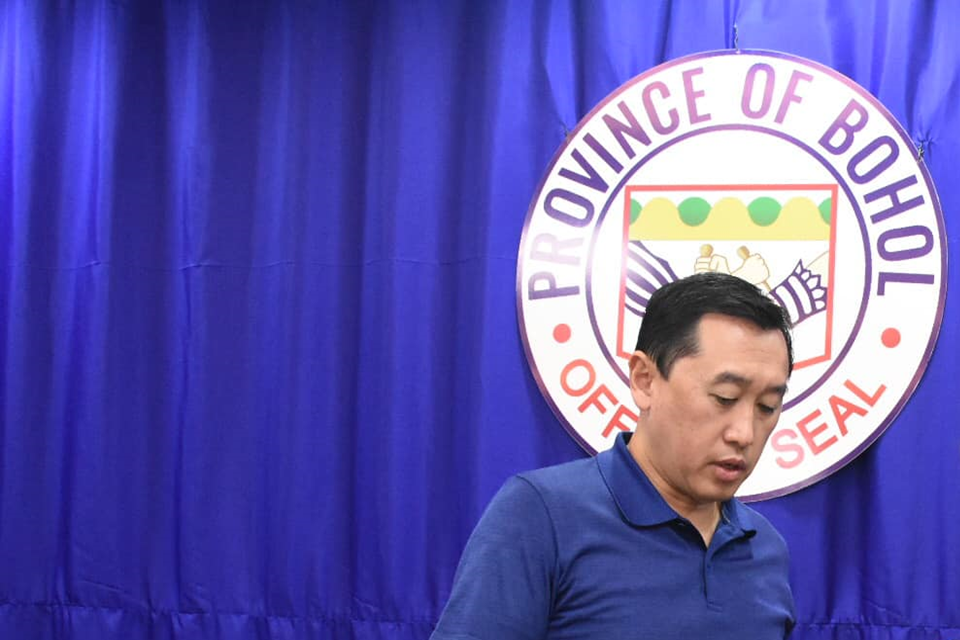 Amid the soaring number of COVID-19 cases in Bohol, Governor Art Yap on Friday said that he is in favor of implementing localized lockdowns in the province.

Yap, during the Capitol’s weekly press briefing, said health experts have advised him to place the entire province of Bohol under enhanced community quarantine (ECQ) but he would rather let local government units (LGU) implement “localized” lockdowns.

“Doctors are asking the governor right now to declare the province of Bohol under lockdown,” Yap said.

However, based on the provincial government’s findings, the “unusual” surge in COVID-19 cases was traced to be in several localities including Antequera, Maribojoc, Cortes, Panglao, Sevilla, Calape, Catigbian, Dauis, Balilihan and Tagbilaran City.

According to Yap, he has directed the mayors of Tagbilaran City and the towns which have high number of cases to impose granular and localized lockdowns to help contain the spread of COVID-19.

He also appealed to the mayors to coordinate with the police to strictly enforce health safety protocols.

Based on the Bohol Inter-Agency Task Force’s (BIATF) latest COVID-19 case count, there were 968 active cases in the entire province as of Friday morning.

In a span of two days, from June 9 to 11, Bohol recorded 327 new cases of the highly contagious respiratory disease.

The Bohol Medical Society (BMS), through its incoming vice president Dr. Judy Piollo, has noted that vaccination is integral in containing the spread of the virus.

She said in an interview over station dyRD that the province needs to inoculate 70 percent of its total population to achieve herd immunity.

Bohol’s vaccination drive is solely dependent on the national government’s rollout of vaccines which so far are mostly sourced from donations through the COVAX global facility.

The initiative has so far pooled at least P20 million.

Private firms have been allowed by President Rodrigo Duterte to purchase vaccines in a bid to expedite the country’s inoculation drive.

Among the conglomerates that have announced their planned purchase of vaccines are the Ayala Group and the MVP group of companies.

Malacañang, in turn, has been supportive and appreciative of the private sector’s efforts to help the government in the primary goal of vaccinating as many Filipinos as possible.