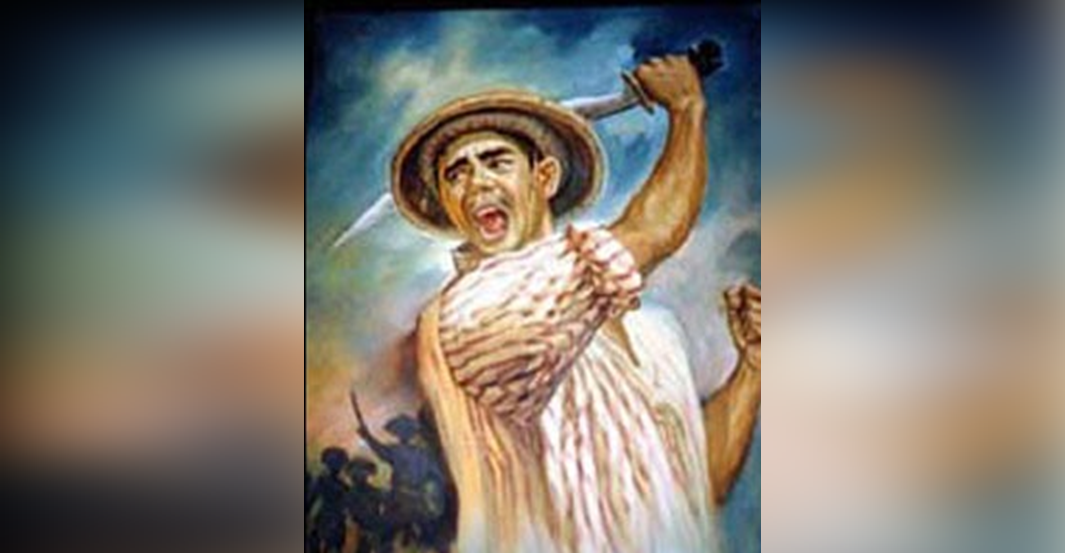 The reference used by our historians regarding the Francisco Dagohoy Revolution is practically only the compilation of books known as “The Philippine Islands” by Blair and Robertson.

Dr. Gregorio Zaide added some portions of the Diary of Fr. Narciso Hernandez de Jesus Maria. Even then we can already determine the year as 1744, name of the Spanish Friar, and some other data.

Herewith are additional sources now available regarding the Dagohoy Revolution, but still we do not have yet a definite statement of the start of the revolution. However, we can now accurately determine the date from analysing the facts. Here are the additional sources:

If you will read and analyse the authentic original records or data, you will able to come up to the date July 4, 1744.

It is said that on a day of obligation, the curate priest, Fray Gaspar Benito Morales required all residents of Inabanga, Bohol to attend the Holy Mass. The day of obligation was the fiesta of St. Paul, the Patron Saint of Inabanga. The feast days of St. Paul and St. Peter is June 29. (Note: Now, Inabanga celebrates June 30, in order not to conflict with Loboc, Bohol whose Fiesta is June 29 for St. Peter.)

Fr. Morales noticed that one person was missing or did not attend the required Holy Mass. According to Teresita Roble, the name of the person was “Ibong”. Fr. Morales labelled Ibong as an apostate and ordered his arrest.

The next day, June 30, 1744 the constable, who happened to be the elder brother of Francisco went to the mountains to arrest the apostate Ibong.

According to Sotero Misa, in his Masteral Thesis, the name of the constable and brother of Dagohoy, was Sagarino. According also to Mr. Misa the real family name of Francisco was “Sendrijas”. The word
“Dagohoy” was sonly a non-de-guerre or war name. These names are accepted by Mr. Emmanuel Romanillos based on his field research for his Professorial Lecture about Dagohoy presented to the University of the Philippines, Diliman Quezon City.

A runner was sent to Inabanga to inform Francisco as to the fate of this brother. It was already in the afternoon of June 30 when Francisco was able to meet the group who was carrying the dead body of Sagarino towards Inabanga. The group reached Inabanga in the evening. However, Fr. Morales refused to be disturbed for the night.

The next day, July 1, Francisco brought the body of constable Sagarino to the church for blessing and proper burial. According to Fr. Juan de la Concepcion in his book “Historia General de Philipinas”, Fr. Morales demanded a burial fee of two (2) pesos because Sagarino died in a duel. Accoding to Fr. Morales, church rules prohibits proper burial for those who died in a duel except if they pay the burial fee.

Francisco “Dagohoy” Sendrijas refused to pay the demanded burial fee. According to Francisco, constable Sagarino died due to his service to the Church and the priest.

Both sides were adamant. Francisco left the dead body of Sagarino in the church and after three (3) days it was not yet buried.

On the fourth (4th) day Francisco Dagohoy declared his defiance against the priest and the Spanish administration upon learning that the body of Sagarino was still not buried even if it was already putrid and odorous and eaten by worms.

The 3 days when Sagarino was not buried in front of the church will be July 1, 2, and 3. So the 4th day when Francisco Dagahoy declared his defiance will be July 4, 1744.

Who was Francisco Dagohoy?

Fr. Concepcion in his book “Historia General de Philipinas (1792)” said that Dagohoy was a “Caveza de una porcion de naturales (Head of a portion of the natives). In other words, Dagohoy was a “Cabeza de Barangay” in Inabanga.

When Francisco “Dagohoy” Sendrijas “convoked” the people, some 3,000 joined him in rebellion. First they raided the San Xavier Estate of the Jesuits and took cows, horses, carabaos, etc. and burned those unusable to them.

According to Mr. Sotero Misa the San Savier Estate of the Jesuits was located in today’s barrio Kawayan, Inabanga, Bohol.

According to the record of Fr. Concepcion, when the Augustinian Recollects took over the management of Bohol, Fr. Santa Barbara, the head of the Recollects recorded that Dagohoy was the “Candillo Superior (Overall leader)” of the Boholanos.

We really have a reason to celebrate Francisco Dagohoy Day on July 4.