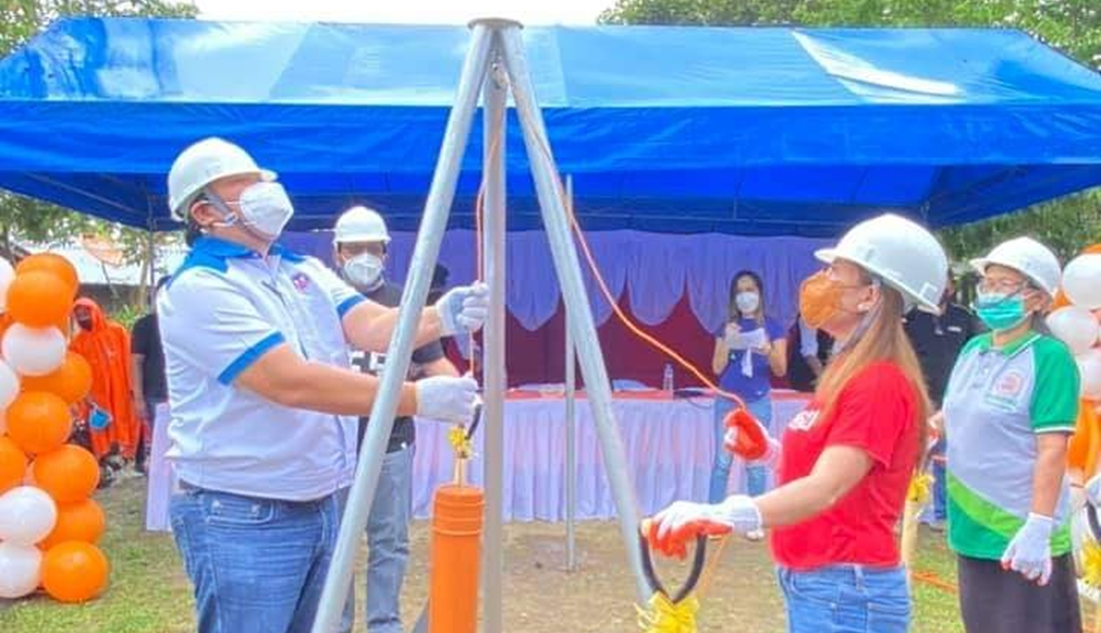 Congresswoman Alexie Besas Tutor continues to exert efforts in a bid to further improve tourism highway in her district after she initiated the groundbreaking of a p118 million road project from Guindulman town to her hometown, Candijay, Bohol.

If completed, she said, the road project in the hinterlands will also pave the way for the convenience of the farmers to bring their farm produce to the market.

Included in the groundbreaking is the putting of a time capsule signaling the start of the road construction of the 3.365-kilometer access road from Barangay Biabas, Guindulman to Barangay Cadapdapan, Candijay.

Concreting the 1.22 kilometers from Barangay Biabas is worth P30 million and the 2.45-kilometer stretch worth P58.893 million to indigenous people of Eskaya community of sitio Tanabog, Cadapdapan, Candijay.

Another P30 million road concreting from Cadapdapan to Tambongan, Candijay.

The DPWH is the supervising agency and Fuentabuilt Construction Corporation is responsible for the construction of the said project.

The fund of P118 million is sourced out from the approved national budget, also known as General  Appropriations Act (GAA).

The project’s actual works will start in the second week of July and expected to be completed after four (4) months, according to DPWH 3rd Dist. Engr. Cruz.

The said project is under the Tourism Road Infrastructure Program (TRIP) of the Department of Tourism Department of Public Works and Highways (DOT-DPWH) Convergence Program.

Congw. Tutor said that the dream of the residents of the aforesaid areas traversed by the road project will soon be realized. (RVO with a report from Rey Tutas)