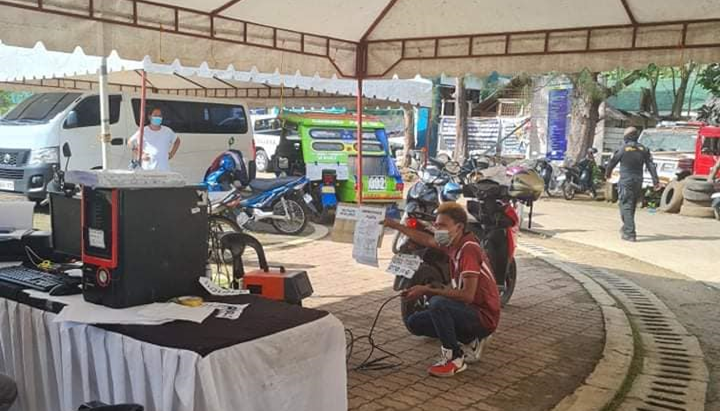 The Land Transportation Office (LTO) 7’s “E-Patrol Mobile Service” which offers most of the agency’s services including a free theoretical driving course has been deployed to the town of Valencia.

According to LTO Tagbilaran District Office (LTO) chief Yvonne Auza, the E-Patrol bus arrived at the town on Thursday and was stationed at the covered court and village hall of Barangay Canlusong.

According to Auza, the bus offers applications for a student permit, driver’s license renewal and motor vehicle registration, and is capable of printing driver’s licenses.

The agency started its e-Patrol services in Bohol on May 31, 2021 and has granted a total of 748 scholarships for its TDC in the towns of Panglao, Dauis, and Ubay.

According to LTO 7 director Victor Caindec, the scholarships that have been offered amounted to P3 million.

In Panglao, a total of 339 residents received the free TDC lessons, 113 in Dauis, and 296 in Ubay. All of the beneficiaries were endorsed by their respective LGUs and attended 15-hour lessons in several batches.

“We are also very thankful to the LGUs (local government units) in Bohol who are very supportive of our e-Patrol,” Caindec said.

“Our e-Patrol, which is now on its second year, aims to target those underserved, meaning those that don’t have an LTO office near their area, like Bohol. We hope to roam around Bohol before the year ends,” Caindec said.

He added that after Bohol, e-Patrol will also visit the provinces of Negros Oriental and Siquijor. (rt)