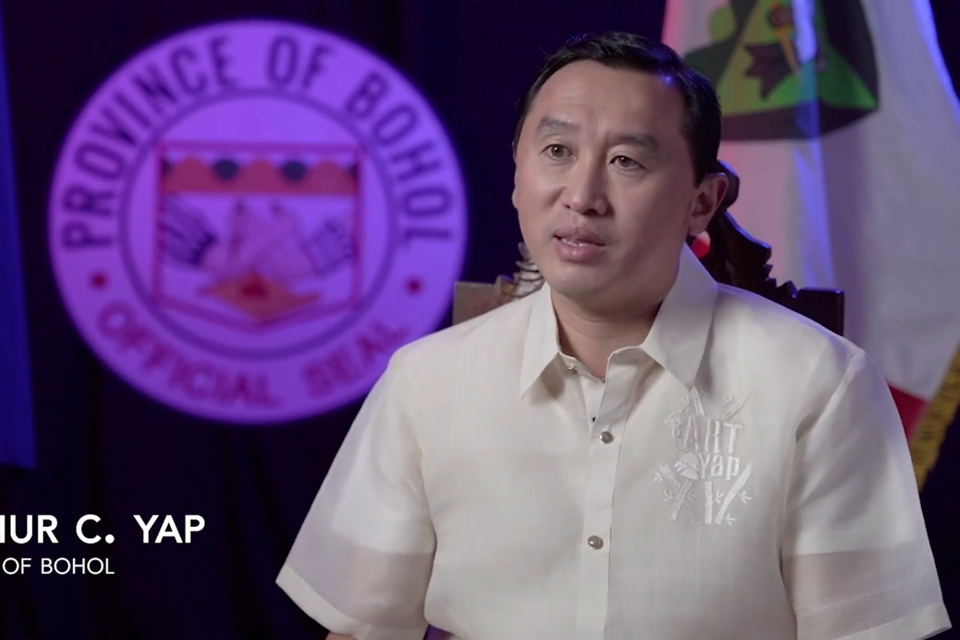 Governor Art Yap delivered his second State of the Province Address (SOPA) on Bohol Day, Thursday, against the backdrop of the COVID-19 pandemic that has led to an economic downturn and has disrupted the lives of thousands of Boholanos.

Most of Yap’s annual address was used to highlight his administration’s achievements and challenges amid the persisting health crisis through a 30-minute video presentation.

Yap’s presentation opened with a recap of challenges posed by the pandemic including the surge of active COVID-19 cases in the province to over 1,500 in June. Nonetheless, the governor said that the province has been able to “stabilize” the number of cases.

He highlighted the start of the province’s vaccination drive, which is fueled by the national government’s vaccine procurement, and intensification of contact tracing and testing efforts.

The national government had also chosen Bohol, which has long been known to be among the top family vacation destinations in the country, as the first site for the vaccination of tourism workers. Bohol received 10,000 vaccine doses through testing czar Secretary Vince Dizon and Tourism Sec. Bernadette Romulo-Puyat.

Newly appointed Provincial Health Officer Dr. Yul Lopez said the province is seeking to upgrade equipment in district hospitals to lessen the public’s need to have to go to Tagbilaran for adequate medical services.

The video also showed the first dialysis treatment center outside of Tagbilaran which was earlier established in Talibon.

The ART 120 program was able to increase average monthly yield to 140 cavans of rice per hectare in rain-fed areas, he said.

For irrigation areas, the ART 160 program produced record harvest of 220 cavans of rice per hectare.

Provincial Veterinarian Bing Lapiz showcased the province’s milk feeding program which assures that dairy products from farmers are bought by the government to feed malnourished children.

Meanwhile, the province’s Corn 100 program aims to yield 100 bags of corn per hectare to improve food security and produce more feeds for livestock and fish.

The government focused on the establishment of fish ponds and cages to lessen dependency on sea-caught fish and help address the province’s perennial problem on expensive fish prices in the province.

Tagbilaran City and all 47 municipalities received a P1-million grant for their water development programs.

The province provided water desalination systems to far-flung islands including Pandanon in Getafe and Pamilcan in Baclayon.

The government plans to promote “faith-based” and ecological tourism in Bohol. It also intends to focus on showcasing the province’s culture including music, dance, history, and poetry, said Yap.

The province’s Disaster Risk Reduction Management Office is set to inaugruate a new facility which will house national and local agencies that will respond to emergencies and disasters. It will serve as a unified command center and COVID-19 emergency operations center.