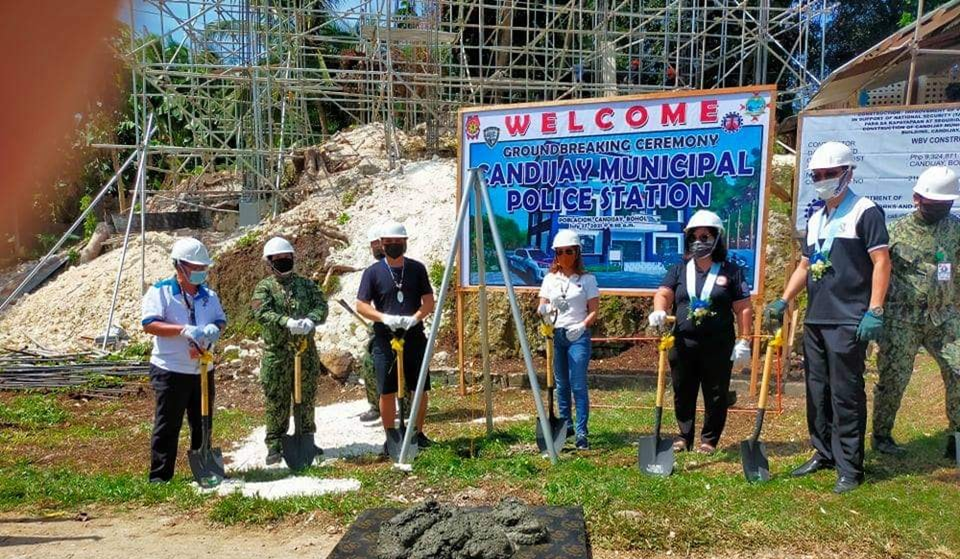 The Philippine National Police (PNP) and the Department of Public Works and Highways (DPWH) on Tuesday broke ground for the new Candijay Police Station in Candijay town signifying the start of the facility’s construction.

The facility which costs P9.3 million is a convergence project between the DPWH and the PNP.

Construction is expected to be completed within the year.

Christopher, in a brief address, thanked the national government which earmarked the multi-million peso budget for the facility.

The mayor also acknowledged the efforts of Alexie who, he said, helped facilitate the allocation of national government funds for projects in Candijay.

According to Christopher, Candijay’s progress has been fueled by the cooperation and unity among its leaders.