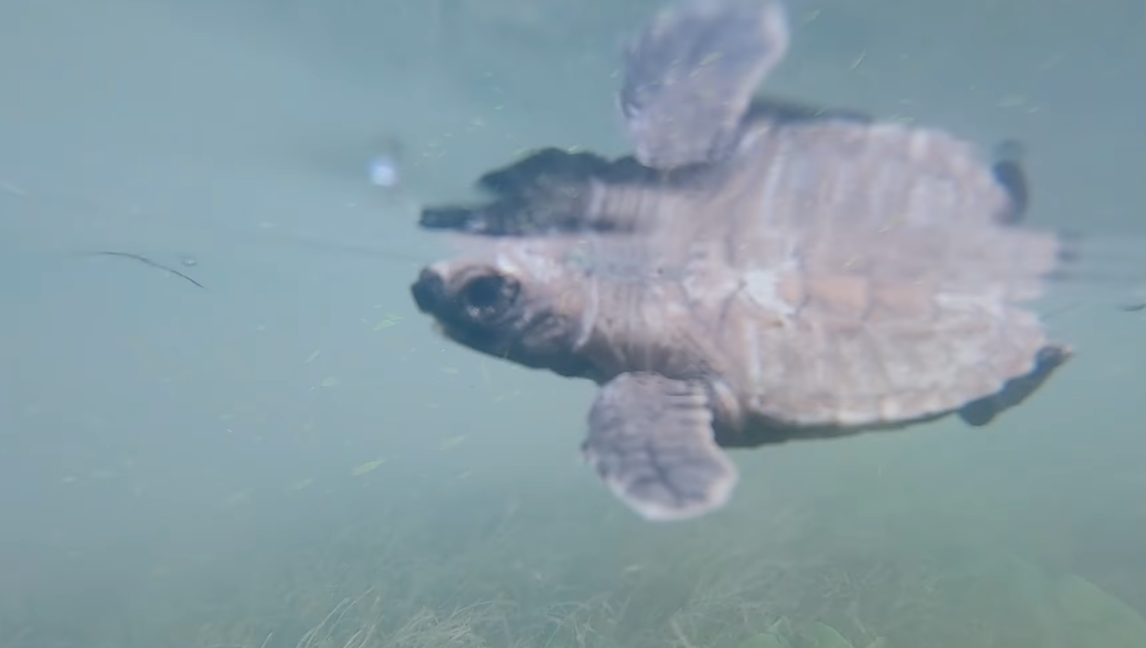 A total of 50 sea turtle hatchlings were successfully released on Saturday at the South Palms Resort Panglao in coordination with the Department of Environment and Natural Resources (DENR), PENRO, and the Panglao LGU MENRO.

The sea turtles were identified as Hawksbill belonging to the family Cheloniidae, which is classified as a critically endangered species on the IUCN Red List. A few months back, a fisherfolk found the nesting site along the shoreline and since June 18, 2021, South Palms Resort, together with its partners, ensured the protection of the area by setting up fences to keep the nesting hawksbill turtles safe from predators and poachers.

With the sea turtles’ release yesterday, the resort also launched Project Pawpaw (Sea Turtle) that bolstered its commitment to strengthening one of the company’s core values, specifically on “Environmental and Social Responsibilities”, contributing to sustainable development.

Female hawksbill turtles are said to return to nest on the area where they hatched earlier, laying more than a hundred eggs per season. The eggs hatch after about two months of incubation in the warm sand after which, the hatchlings would find their way to the sea. Around a hundred sea turtle eggs are still expected to be hatched in the
coming days at the South Palms Resort area.