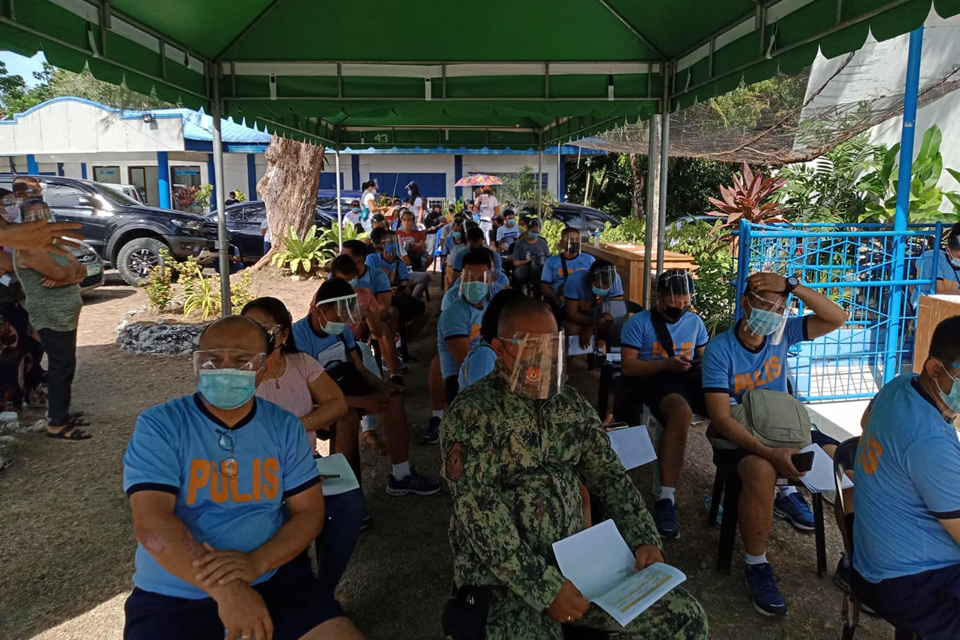 A total of 96.6 percent of the Bohol Provincial Police Office’s (BPPO) 1,871 personnel have received at least the first dose of a COVID-19 vaccine.

According to Staff Sgt. Vicky Villaber of the BPPO’s Administrative Section, 1,808 cops and non-uniformed personnel of the police force have been vaccinated.

Villaber said their data did not reflect which of the personnel have been fully vaccinated and which only received the first dose.

However, she noted that most of those inoculated were jabbed with Johnson & Johnson’s single-shot vaccine.

According to Villaber, the 63 individuals who have not received the vaccine were willing to be vaccinated but were not yet allowed by their physicians as they were either pregnant or had pre-existing conditions not ideal for inoculation.

Vaccinations for the police force were carried out through the respective local government units of police stations across the province.

The provincial government and the Department of Health also deployed a mobile vaccination team to the BPPO’s headquarters in Camp Francisco Dagohoy in Tagbilaran City to conduct inoculations from August 2 to August 6, 2021.

The Provincial Health Office (PHO) earlier reported that around 3,500 individuals including non-BPPO personnel were jabbed during the weeklong vaccination at the police headquarters. (R. Tutas)