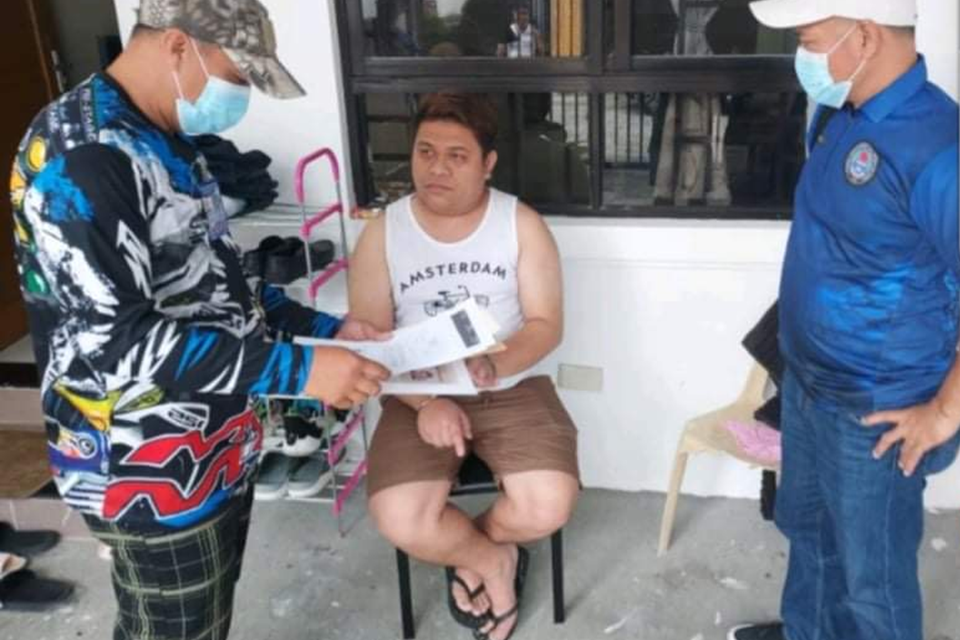 Niño Jedeiah Ramos who has been accused of amassing millions of pesos through a massive investment scam in Bohol was arrested by police inside his home in Quezon City on Sunday afternoon, a police official said.

He reportedly raked in P300 million in investments, particularly through foreign exchange trading.

Ramos has been in hiding since his alleged investment scam was exposed earlier this year.

According to Cuyag, Ramos showed no resistance and was alone when he was collared by CIDG operatives at a newly built apartment.

Cuyag added that they were armed with an arrest warrant for a single estafa charge, but Ramos has several other standing warrants.

Ramos was detained at the CIDG Caloocan headquarters pending his transfer to Bohol to face charges filed against him before courts in the province.

Cuyag said they were informed of Ramos’ whereabouts by CIDG Bohol chief Lt. Col. Saturnino Estigoy who has been leading the investigation in the province.

According to Estigoy, Ramos had already fled Bohol when his scam was exposed prompting the CIDG to look for the suspect in Samar and various areas in Metro Manila before finally receiving information on Sunday morning that he was in Quezon City.

Earlier, Ramos’ wife Deanna said in a sworn statement that he went to Manila in December 2020 to process some papers but never returned.

Estigoy said at least six individuals have filed complaints against Ramos before their office while several others have already filed cases in court.

The CIDG has also filed a case on behalf of  a complainant who, in an affidavit, narrated being “duped in his [Ramos] fraudulent scheme anchored on a ’30 Days Investment’ in which the member would “pay in” and with the unlimited amount the member ‘would wait a period of 30 days for a guaranteed return of investment or a return of 23% gain/profit.’”

Estigoy called on other victims to come forward, noting that the case against Ramos could be elevated to syndicated estafa if a complainant can provide information indicating that the suspect was working with others in running the investment scam.

Syndicated estafa is a non-bailable offense.